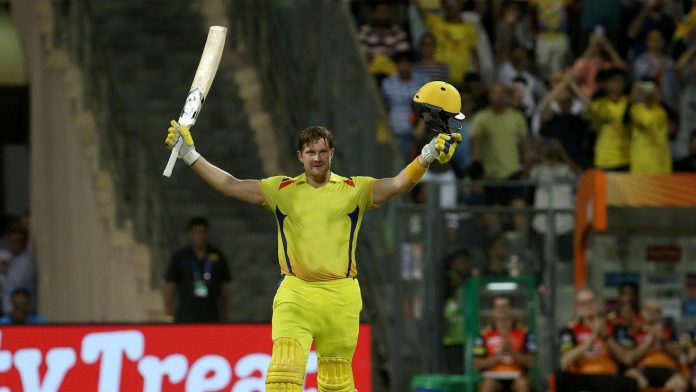 The 12th edition of the popular cricket league, Indian Premier League, finally concluded on Sunday with Mumbai Indians emerging trophy holders for the fourth time. The nail-biting encounter between Mumbai Indians and Chennai Super Kings was one highly anticipated face-off. Both Mumbai and Chennai have won 3 IPL titles previously, and the Sunday Finale was a battle for the fourth, at which Mumbai seemed to have a better-off.

Meanwhile, Mumbai won the title becoming the first team to have won the IPL four times; it was definitely Chennai’s performance and Shane Watson’s love for the game that won hearts of the fans. Watson, who was considered not to be in form since the beginning, had Thala by his side, who kept faith in the player.

It was Dhoni’s faith and persistence to keep Watson in the team that did wonders for the player & the team in the Finale. Watson’s bewildering performance helped Chennai step-closer to victory, but all went to vain in the end. Watson’s terrific inning surely made him a star on-screen, but what a lot of people don’t know yet is that the player batted through an injury amid the finale.

As per veteran cricket player & Watson’s Chennai mate, while diving to score a run, the player secured a knee-injury and batted through the winnings with blood shedding. The Chennai leg-spinner further added to his statement that Watson received 6 stitches on his left leg while being treated for the same.

Harbhajan took to Instagram to share the incident with the fans and wrote, “Can you guys see the blood on his knee. He got 6 stitches after the game. Got injured while diving but continue to bat without telling anyone.”

Watson played a knock of 80 runs off 59 balls, pulling off Chennai to victory single-handedly, but Lasith Malinga’s last over attack helped Mumbai get back in the game & register a 1-run victory. Well, Watson surely proved that he is a hero & for him his games first and then rest of the things.

Follow MyTeam11 to stay tuned with all the latest sports stuff, fixtures and happenings.