IPL 2019: Mumbai Indians beats Bangalore by 5 wickets to give them 7th defeat of the season 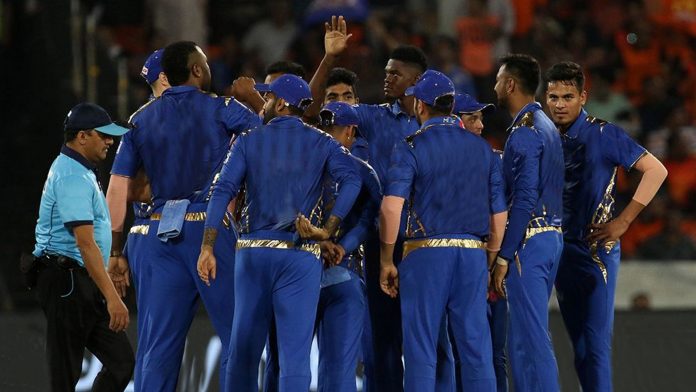 Mumbai Indians registered their 5th victory of this season after defeating Royal Challengers Bangalore at Wankhede Stadium, Mumbai. After winning the toss, Mumbai Indians skipper opted to bowl. In response, Royal Challengers Bangalore didn’t get off to a good start, Jason Behrendoff dismissed Bangalore skipper at the score of only 8. But due to the brilliance of AB De Villiers and Moeen Ali, Bangalore managed to put up a competitive total of 171 runs on the board. AB De Villiers scored 75 runs and Moeen Ali scored 50 runs to give Bangalore something to fight for.

Bowling has been the main problem for Bangalore this season. Their inability to defend huge scores consistently has been the main reason for the condition they are in at the present moment. The same is the story of this match, Mumbai Indians chased the target easily with one over left. When Mumbai Indians came to chase the target, skipper Rohit Sharma and left-handed keeper batsman, Quinton De Kock gave them a flying start. In 7.1 overs Mumbai had scored 70 runs. But after that Mumbai lost 2 quick wickets. However, due to Hardik Pandya‘s heroic inning of 37 runs in just 16 balls, Mumbai won the match comfortably without any problem.

After winning this match, Mumbai Indians now have 5 victories in their account and are at the 3rd spot in the points table. On the other hand, for Bangalore now the journey will be very difficult for the entire tournament. Bangalore has only one win in their account in the 8 matches they‘ve played this season till now. Now, even if they manage to win all their remaining 6 matches, then too, their chances of qualifying in the playoffs will be very less.

Follow MyTeam11 for more information and updates about sports.