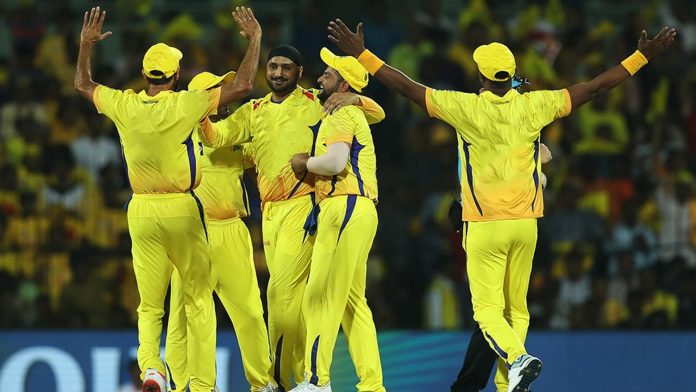 In the battle for the first spot, Delhi Capitals ‘batting collapsed drastically. Chasing the target of 180, Delhi Capitals couldn’t even play their 20 overs segment and scrabbled to only 99. Before the starting of the match, Delhi Capitals skipper, Shreyas Iyer won the toss and decided to bowl first. Chennai Super Kings didn’t get off to a good start, they only managed to score 27/1 after the powerplay overs. After this slow start, Faf du Plessis and Suresh Raina gave the team some momentum with their partnership of 83 runs between them. Left-handed batsman, Suresh Raina jagged up his 37th IPL half century with this responsive innings. Now, the stage was all set for other batsmen to go and express themselves freely. Firstly, Ravindra Jadeja took advantage of the foundation with 25 runs off 10 balls before Chris Morris dismissed him. After this, MS Dhoni once again proved why he is known as the best finisher in cricket. Not even 100 percent fit, captain cool smacked 44 runs off 22 balls to finish the Chennai Super Kings innings. He took 21 runs from the final over after hitting two sixes and a four to end things. Delhi Capitals bowled well till the 15th over of the innings, but in the last 5 overs, Chennai Super Kings scored 77 runs that turned the game in favor of the hosts.

Chasing the target of 180 in Chepauk track is a difficult task for any team. Delhi Capitals were at a healthy position (59/2) after the powerplay overs. But Chennai’s spinners ‘brilliant performance with the bowl hindered the Delhi innings. After 59/2 in the powerplay overs, Delhi Capitals lost their 6 wickets for just 22 runs. Imran Tahir and Ravindra Jadeja were the main cause for this drastic collapse. South African spinner, Imran Tahir took 4 wickets and conceded only 12 runs whereas Indian all-rounder, Ravindra Jadeja picked 3 wickets for only 9 runs in his three-over spell. For Delhi Capitals, skipper Shreyas Iyer scored 44 runs to take the team closer to the target, but he didn’t get support from the other hand and Delhi Capitals innings ended at 99 runs in the 17th over.

Chennai Super Kings skipper was named as ‘Man of the Match’ for his masterclass performance with the bat.

After this Victory, Chennai Super Kings secured the first spot in the points table. Now even if they lose their final match, they will still finish at first or second spot. On the other hand, if Delhi Capitals will be aiming to win their final match against Rajasthan Royals to finish their league stage within first two. If they lose that match, then their chances will depend to finish within the top 2 will depend on the results of other matches. Rest the time will tell.