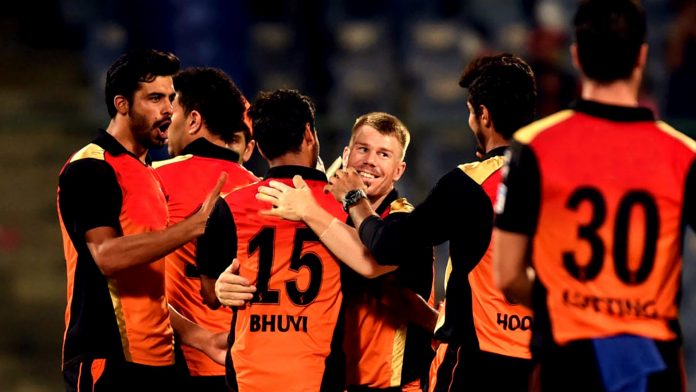 The Sunrisers Hyderabad, runners-up of IPL 2018, is a franchise owned by Kalanithi Maran of the Sun TV Network. The Sunrisers snatched the victory from Royal Challengers in 2016 and won their first IPL title. They ended up being the runner ups of the last edition. By retaining most of the players from the previous year and bringing Shikhar Dhawan on board, SRH is looking stronger by far, at least on the paper. Let’s have a look –

Until now, SRH was mostly known for their strong bowling department. Although the batting front was not that of a game changer for SRH, this year they roped some impeccable batsmen like David Warner and Johnny Bairstow to fire up the game. The top order is backed up by reliable middle order players like Kane Williamson, Vijay Shankar, and Manish Pandey. SRH have a destructive batting line-up that can easily push them ahead in line of other teams.

With fiery and experienced bowlers like Mohammad Nabi, Bhuvneshwar Kumar, Shakib Al Hasan, Rashid Khan, the team can defeat a target of 140 runs with ease. SRH could experiment with playing combination with such a versatile squad at their hand.

One of the problems that SRH can face is the shortage of players due to prior international commitments and injuries. Skipper Kane Williamson is already battling an injury whereas there is a chance that prominent players like Shakib Al Hasan, Mohammad Nabi, Johnny Bairstow, and Rashid Khan can give some matches a miss, because of international matches of England, Bangladesh, and Afghanistan. The current form of the key players such as Yusuf Pathan and Deepak Hooda can also be a reason for concern for the SRH.

Follow MyTeam11 for all the updates on IPL 2019, cricket and fantasy sports