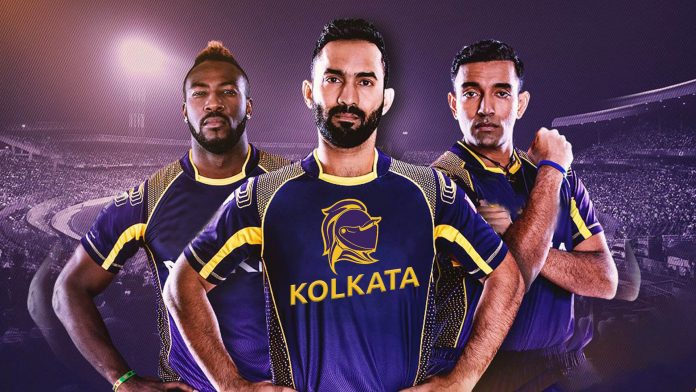 Representing the city of Kolkata in the Indian Premier League, the KKR team has gained massive popularity due to its association with celebrity owners. For the first three years of the IPL, the team was not able to perform their best on the field. They went on to become the IPL champions for the first time in 2012, and then again in 2014.

In IPL 2018, KKR reached to the top 3 and therefore, have retained most of their players this year too. KKR bought Carlos Braithwaite for a whopping amount of ₹5 crores.

Andre Russell is one of the best all-around cricketers playing currently for KKR. Besides him, KKR also has all-rounders Braithwaite, and Sunil Narine. At the bowling front, KKR also has Kuldeep Yadav- one of the fine leg spinners and Piyush Chawla. The top order is led by the invincible three- Chris Lynn, Shubman Gill, and Robin Uthappa. With Dinesh Karthik- a lethal finisher, KKR can go all the way on batting alone.

One of the areas of weakness for KKR is the fast bowling department which is inexperienced, and they have only 3 quality spinners. KKR had suffered a massive blow even before the beginning of the season as young players Shivam Mavi and Kamlesh Nagarkoti have been ruled out of the series due to injuries. The team also have just 21 players in the squad which is the least amongst all the IPL teams. So they are not left with an option to try different playing combinations and hope that all the players remain fit and in form.