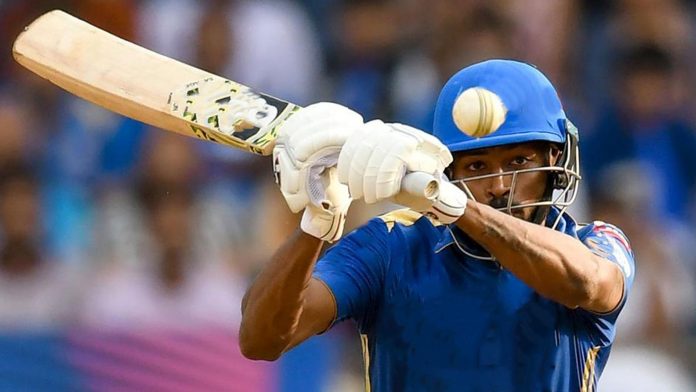 After Kapil Dev, Indian cricket team waited for a long period to get their first batting all-rounder, who can bowl medium pace also. His ability to hit huge sixes and take wickets makes him even more dangerous. In the past, he had also opened the bowling for India in one-day internationals (ODIs). Hardik has always been a good striker of the cricket ball. His effortless hitting ability and the potential to get even the best batsman out makes him a treat to watch. If there is one thing that separates the flamboyant all-rounder from the other young players, then it is his endless ‘self-belief.’ The big hitter and medium pace bowling all-rounder ticks all the boxes necessary for an all-rounder. His potential was seen when he earned the victory for his IPL franchise, Mumbai Indians, against Chennai Super Kings when the team needed 30 runs in 2 overs.

Recently, he had gone through a rough patch in his life, when BCCI banned him from international cricket due to his controversial remarks on the show, “Koffee with Karan.” But the ban didn’t last long. The good thing for Indian Cricket team is that the incident has not affected Hardik’s performance. Moreover, his performance graph has only improved even after that unexpected event.

Since the commencement of the ongoing IPL season, he has played some exceptional knocks for his team right at the back end of the innings. During his 12 appearances for Mumbai Indians franchise this year, he has made 355 runs and has taken 12 wickets. Mumbai Indians is the only team this year which defeated Chennai Super Kings and Hardik’s contribution has been huge in both the league matches. In the first meeting, the all-rounder played a dazzling knock of 25 runs in just 8 balls at the end of the innings and took 2 wickets. In their second encounter at Chepauk, where batsmen found it difficult to strike, Hardik scored 23 runs there in 18 balls and got 1 wicket. His knock (91 off 34 balls) against Kolkata Knight Riders in the forty-seventh match of the current season gave a glimpse of the extraordinary talent he possesses.

Undoubtedly, he will play a key role, if Mumbai Indians want to bag IPL trophy for the fourth time. Not only for Mumbai Indians, but Hardik’s form will also be crucial for India ahead of 2019 World Cup, starting from 30 May in England and Wales. In the 2017 champions trophy finals, Pakistan’s exemplary performance completely outplayed India. But despite this bad defeat, every fan in India still remembers Hardik Pandya’s sensational knock, where he scored the fastest half-century in any ICC tournament finals. His fearless innings of 76 runs in just 46 balls include six massive sixes and 4 fours.

Talking about the present, Mumbai Indians will hope to see Hardik in his consistent form to become the first franchise in IPL to win four trophies. Let’s wait and watch what Hardik Pandya has in store for fans.