IPL 2019: Despite of Nitish Rana’s and Russell storm, Bangalore registered their 2nd win 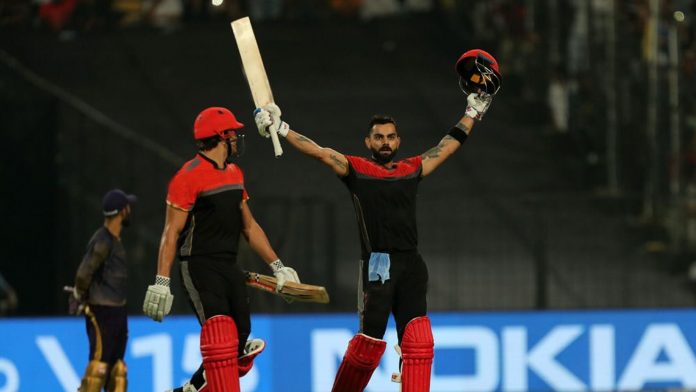 The Kolkata Knight Riders skipper, Dinesh Karthik, after winning the toss, elected to field first. Now, Royal Challengers Bangalore in the absence of AB De Villiers was under pressure to put up a huge total on the board and keep them alive in the tournament. But there is a saying that a team’s performance always depends on how responsible their leader is. The same turned out to be true in this match. With the help of skipper Virat Kohli ‘s brilliant ton, RCB managed to close down the deal with an enormous target total of 213 on the board.

Kolkata Knight Riders in response lost 4 wickets in 12 overs with only 80 runs in hand. Although the target from here looked huge, but due to the presence of Andre Russell in Kolkata team, made it look like achieving that wasn’t impossible. Andre Russell and Nitish Rana tried their best, but at the end of the day, it was Royal Challengers Bangalore who held their nerves better.

Kolkata Knight Riders is at 6th spot in the points table after this loss whereas RCB is still at the last spot and will hope to show same kind of performance in their next matches to give them a chance to qualify for playoffs.

For Royal Challengers Bangalore, Virat Kohli was the stand out performance after scoring 100 runs in 58 balls. Other than him, left handed batsman Moeen Ali scored 66 runs off 28 balls.

For Kolkata Knight Riders, only Andre Russell gave runs at an economy rate below 6 and took 1 wicket. Other than him Kuldeep Yadav, Sunil Narine, Harry Gurney took 1 wicket each, but conceded runs at a higher economic rate.

The same is the story of Bangalore, Dale Steyn took 2 wickets and conceded 40 runs. Navdeep Saini and Marcus Stoinis took 1 wicket each.

Royal Challengers Bangalore skipper, Virat Kohli, was named ‘Player of the Match’ for his brilliant century.

Follow MyTeam11 for more updates and information about sports stuff.