IPL 2019: David Warner ends this season with a masterclass performance 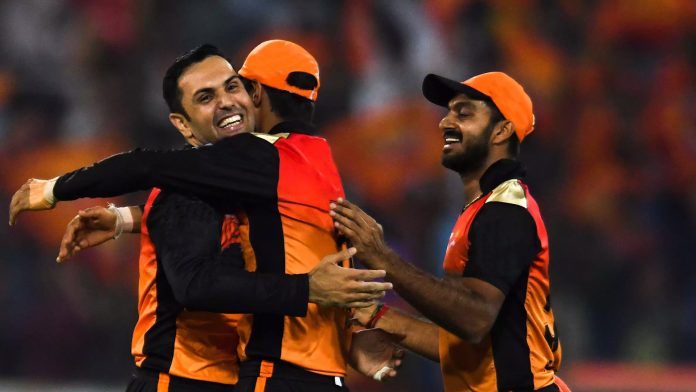 Kings XI Punjab captain, R Ashwin won the toss and elected to bowl first. Sunrisers ‘opener, David Warner ended his IPL 2019 campaign, before heading to his national side for World Cup preparations, with a sensational knock of 81 runs off 56 balls. The keeper-batsman, Wriddhiman Saha was promoted up the order to open the innings with veteran batsman, David Warner. Both of them scored 77 runs in the power play overs before Saha was dismissed in the 6th over of the innings. After his dismissal, Manish Pandey and David Warner added 82 runs that took Sunrisers Hyderabad team to a commanding position. But, Kings XI Punjab bowlers made a comeback in the death overs of the innings. In the last 5 overs, Sunrisers Hyderabad added 53 runs, but lost 5 wickets in the process. Despite this, Sunrisers Hyderabad imposed a massive total of 212 runs amid their share of 20 overs.

KL Rahul showcased great efforts and smashed 79 run in 56 balls but at the end that was not enough for the visitors to win the match. Starting the chase, Hyderabad ‘s left-arm-pacer, Khaleel Ahmad sent the Universal Boss, Chris Gayle, back to the pavilion early at the score of 4. Kings XI Punjab, despite of KL Rahul’s brilliant innings lacked support from other end that resulted in their 45 runs defeat.

After this gorgeous victory, Sunrisers Hyderabad has strengthened their position in the points table with 6 wins in the 12 games they have played till now. Whereas Kings XI Punjab, on the other side , will now have to win both the upcoming matches to give them the chance for Play-off qualification.

Australian opener, David Warner, who played his last match of this IPL, was the star performer (81 runs off 56 balls) with the bat for Sunrisers Hyderabad. He completed his IPL 2019 IPL Campaign with a total of 692 runs, the highest run getter so far. Other than him, Manish Pandey supported Warner from the other end with 36 runs.

For Kings XI Punjab, KL Rahul played looked in outstanding form with the bat. Although his 56 balls-76 runs were not enough for the team, but he won the hearts of cricket fans with his performance. Other than him, no other batsmen looked in any sort of form.

Skipper, R Ashwin and medium pacer, Mohammad Shami bowled well for the team. They both picked up 2 wickets each. Other than them, young Arshdeep Singh and Murugan Ashwin took 1 wicket each.

Sunrisers Hyderabad left handed opener, David Warner was named ‘Player of the Match’ for his dazzling performance with the bat.