IPL 2019: Australian Players to miss a part of the upcoming edition 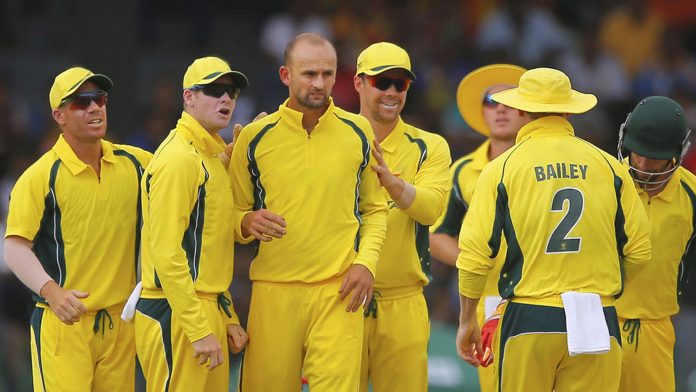 Indian Premier League, celebrated just like a festival among sports lovers is all set to rock the entire world once again with the 12th season of the league kicking-off from 29th March 2019. Ditching the long followed tradition of organizing the T20 league during the month of April and May, the organizers have decided to strike off with the game in March ending, looking at the beginning of the World Cup 2019.

With all the hype around IPL 2019 and World Cup 2019, a lot of speculations and rumors made their way towards the crowd leading to the birth of a new story every day. Recently, the inclusion of Aussies in the    12th edition of the Indian Premier League became a hot topic for discussion & arguments among cricket lovers. However, the recent statement released by the controlling board of Australia, “Cricket Australia” clarified all the doubts regarding the availability of the Baggy Greens.

In an official statement released by Cricket Australia, it was mentioned that the confirmed players of the World Cup squad will miss the last few matches of the upcoming IPL season. The board officials stated that they will be organizing training camps for the players selected in the World Cup squad of the team prior to the official warm-up matches. Further, it was mentioned that due to the IPL overlapping with the JLT Sheffield Shield and Australia’s ODI tour of Pakistan, some of the Australian players might even miss the starting matches of the game.

The board clarified in their statement that the World Cup remains their priority and it is important for the players to fulfill their national commitments. Thus, in order to ensure that the players get a proper rest ahead of the World Cup, some of the Aussies will be missing parts of the upcoming season.

Well, both IPL and World Cup scheduled to be held back-to-back proves that the upcoming year is going to be a sort of roller-coaster, fun-filled experience for sports lovers. With players from different countries coming together to play for various franchises and just after 15 days playing against each other for the pride of their respective countries.

Unavailability of Australian players amid the ending of the season might play as a major setback for various franchises. Let’s see how the upcoming season of the T20 league will be, till then you keep watching this space for more sports related stuff & do let us know which Australian cricket you will miss the most in the upcoming season.