IPL 2019: Another trouble comes flying for Rajasthan Royals, authorities to look for a possible escape 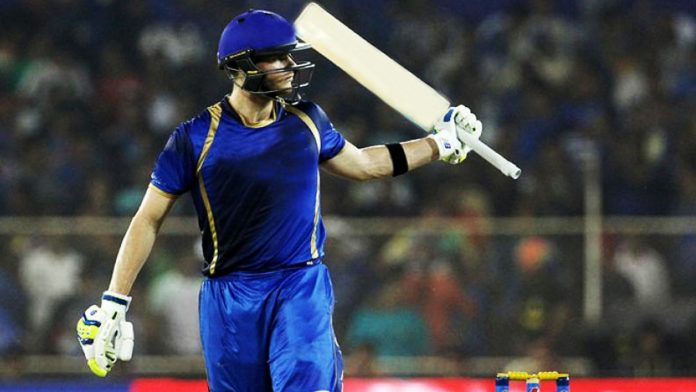 The upcoming season of India’s cricket festival, the Indian Premier League, had been a popular topic of debate for a long time, now. First it was due to the absence of Australian players amid most of the IPL season, and later on, it was shifting IPL overseas due to the Central Elections in India. Well, it is yet another time when the IPL buzz has created a hype among the audience. However, this time it is not the entire event but a particular franchise that is under the limelight.

It’s Rajasthan Royals that we are talking about. The winners of the first IPL season seem to be surrounded by big trouble, once again. The team which was previously banned from playing in IPL due to match-fixing allegations on the franchise owners and made it to the field last year itself faced a major setback on their comeback. It was the absence of Steve Smith, who was adjudged as the captain of Rajasthan Royals but missed playing due to the banned imposed him for the 2018 Ball-tampering scandal.

Well, this time too, it is Steve Smith who has caused trouble for RR. Smith who was playing in the Bangladesh Premier League was forced to drop out of the series due to an elbow injury. The player is set to undergo a right ligament surgery for the sustained injury on Tuesday. The injury reflects that Rajasthan Royals might have to look for a replacement.

Further, the reports are that following the injury and the surgery, Steve won’t be able to make it to the field any time before, as the player is expected to spend six weeks in a brace, followed by extensive rehabilitation.

Steve Smith’s ban ends on March 28, and the player was expected to make a comeback to the game with the 12th season of the Indian Premier League. However, now because of the injury, the player will miss a major part of the series as he is not expected to join the game until 15th April.

Let’s see whether Smith will make it to the later part of the series and if not, then who will be taken in by Rajasthan Royals as a replacement for the legendary player. Till then, if you want to stay updated with the latest sports stuff, stay tuned to MyTeam11.