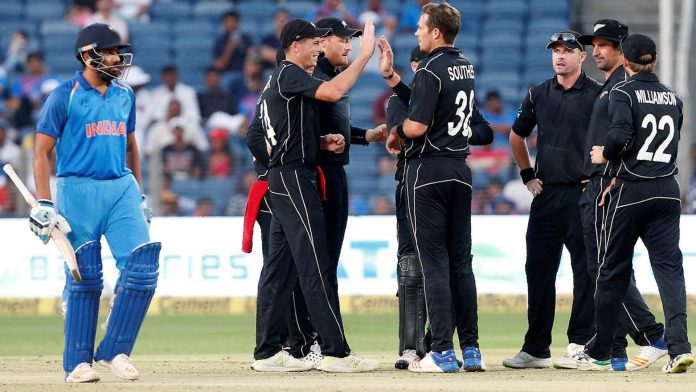 Indian team, which was riding high on the success after its win against the Kiwis in ODI series would not have expected that they are going to be crushed by their opponent so badly.

Tim Seifert was given the Man of the Match for making a prolific score of 84.

Rohit Sharma expressed his views on India’s poor defeat that the team did not start on a good note which later made it impossible for the team to chase the score of 200. Since the team did not have small partnerships like that of their opponent. So, it became tough to defeat the New Zealand team. Rohit added that they are going to observe the conditions in Auckland and the team will perform accordingly.

On the other hand, Kane Williamson was exhilarated with the edge their team has now over the Indian team. Kane said that everyone on the team played brilliantly which resulted in the victory for the team. Kane further added that the team will keep up this excellent game and play with same enthusiasm and zeal in the coming matches.

New Zealand made a score of 219 runs and India could not even come close as it got restricted to 139 scores. The last wicket of India was taken by Mitchell was that of Chahal. The top-scorer from the Indian team was MS Dhoni, who made 39 runs.

India has never experienced a loss like this in the history of T20Is. Let us see what Indian Team do in next encounter, till then keep yourself updated about all the latest buzz in the world of sports through MyTeam11.