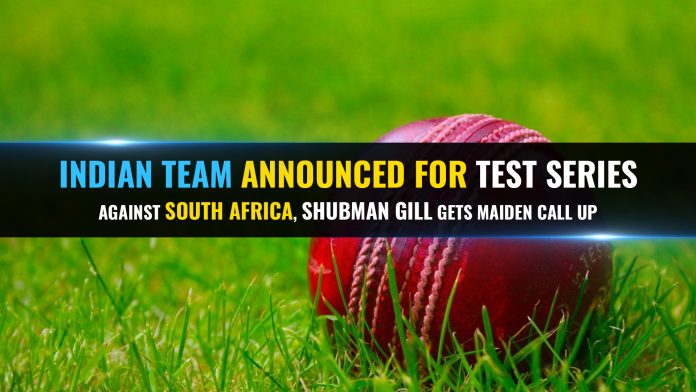 The Board of Control for Cricket in India (BCCI) has announced the 15-member squad for the upcoming 3 match Test series against South Africa. Young Shubman Gill has been included in the squad. Virat Kohli will be leading the team in the series while Ajinkya Rahane is named as Vice-Captain. A big statement came from BCCI regarding Rohit Sharma, it says "Want to give Rohit Sharma an opportunity to open the innings in Tests"

Cheteshwar Pujara, Hanuma Vihari, Mayank Agarwal once again will be looking to give thier best performance in the series. Apart from them, BCCI have included two spinners(R Ashwin, Kuldeep Yadav) and three pacers(Mohammad Shami, Jasprit Bumrah, Ishant Sharma) in the 15-member squad.

Rishabh Pant and Wriddhiman Saha are included in the squad as the wicket keepers. While Ravindra Jadeja is the only all-rounder named in the team.