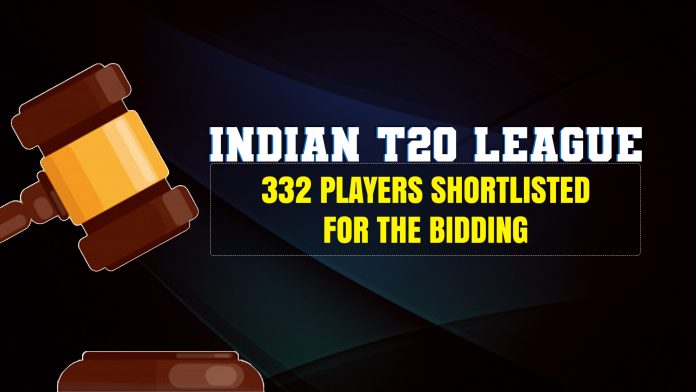 The Indian T20 League administration on Thursday released the list of 332 players who will go under the hammer in Kolkata on December 19th. The management trimmed down the original list of 971 players to 332 and sent the final list to all the 8 franchises.

This year’s Indian T20 League auction will be a one-day affair and will have a total of 73 slots, out of which 29 could be foreign players. The list also consists of 19 Indian capped players and 24 new entrants.

Robin Uthappa is the only Indian player in the auction list with a base price of INR 1.5 crore.

The entire players’ list who will be in the auction is expected to be put up on IPL’s official website later today.

A total of 186 Indian players, 143 overseas players & 3 players from Associate Nations will be up for bidding in the Indian T20 League Player Auction in Kolkata. The auction will start at 2:30 IST.