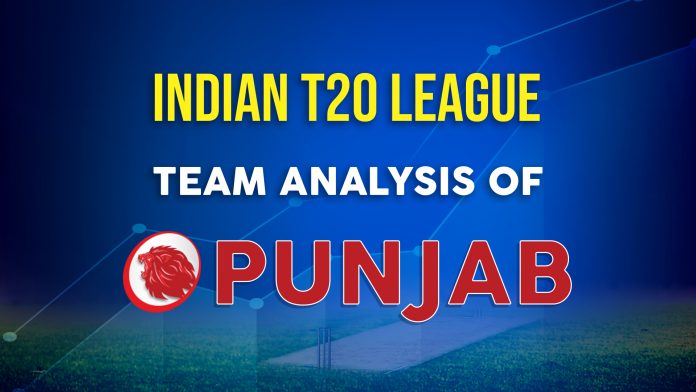 Punjab are the underdogs of the Indian T20 League 2021 and they are the team to watch out for this season. KL Rahul will lead the side and they will look for the maiden title glory in 2021 with some new players. They invested a good amount in the auction and their picks were really nice. Punjab even changed their name this season and introduced a similar jersey to 2014 when they played their maiden Indian T20 League final. With big names like Malan and Gayle, Punjab will surely look for a better season in 2021. They are the less consistent side of the Indian T20 League with just two playoffs outings.

Punjab’s performance wasn’t convincing in the last three seasons. They picked the rhythm in the second half of the last season but the delayed effort cost them a qualification and they finished 6th in the table. In 2018 and 2019, they finished 7th and 6th respectively.

Punjab won the auction with a tactical approach by management. They released Glenn Maxwell and invested the amount on some notable players. They went for Jhye Richardson who was in top-form in Australia T20 League. Their other overseas picks were Riley Meredith, Dawid Malan, Fabian Allen, and Moises Henriques. They picked Tamil Nadu’s domestic performer Shahrukh Khan for 5.25 Cr. Other Indian picks were Jalaj Saxena, Saurabh Kumar, and Utkarsh Singh. They now have a good backup of all-rounders but they could have gone for a backup Indian pacer along to provide good support to Mohammed Shami.

The overseas lineup of Punjab is heavy and filled with stars. Chris Gayle had a fine season last year and he is supposed to play all matches at number three. Dawid Malan is currently a number one ranked T20 batsman and he can bat at number four. Nicholas Pooran can offer acceleration in middle-order and add fire in death if he gets settled. The all-round options are pretty nice as they have Moises Henriques who led Sydney to successive titles in Australia T20 League. Fabian Allen might be a good option but he would be tried on rare occasions. In pace-attack, they now have three talented overseas players Chris Jordan, Riley Meredith, and Jhye Richardson. Richardson will have an edge over Jordan now. Picking four overseas players among this set would be a confusing task for KL Rahul.

How the Indian players stand

KL Rahul and Shami are two big names in Punjab’s Indian lineup. Rahul was excellent last season and showed good intent in the last India-England series. The opening duo will set the tone for them as Mayank and Rahul delivered a successful opening combination. Shami will have a big responsibility with both the new ball and in death overs. Arshdeep Singh had a decent season in 2020 and he would be a second pace-option if Punjab picks more overseas players in batting. They also have Deepak Hooda who can offer some depth in middle-order and is also handy with the bowl. Ravi Bishnoi and Murugan Ashwin’s numbers will be important considering the behavior of the Indian pitches. Punjab can try Sarfaraz Khan in middle-order and look for some Indian talents such as Mandeep Singh.

Weakness of Punjab and how they can overcome these

Punjab’s batting unit relies more on their openers and middle-order will now have a big responsibility. They got some overseas players but Rahul cannot try each player. Indian players will play a vital role to boost the shaky middle-order. Shami will lead pace-attack with Richardson but Punjab require one good Indian pacer who adds support in two spells. Punjab lacks Indian support to their squad.

Punjab will also miss the home advantage this season and they will play their 8 matches on flat tracks like Wankhede and Chinnaswamy. They need to expect fire from Gayle, Pooran, and Malan on such tracks. Their six matches will be held in Motera and Chepauk. They have two good spinners to take advantage of the pitch but their batting will be tested there.