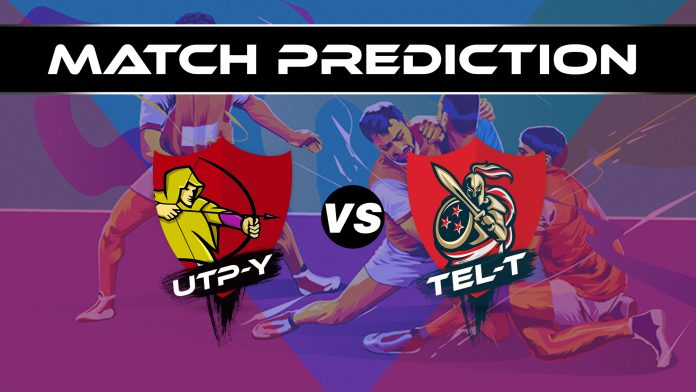 The 129th match of the current season of Indian Kabaddi League will be played between UP Yoddha and Telugu Titans on October 9 at the Shaheed Vijay Singh Pathik Sports Complex, Greater Noida. The game is scheduled to begin at 8:30 P.M. IST.

Out of the two teams all set to face each other, UP Yoddha has already made its way towards the playoffs. Winning 12 matches out of 20, they currently occupy the 4th position on the points table. The season didn’t start on a very good note for Telugu Titans and it seems neither it is ending on a good note. They occupy 11th spot on the points table with just 5 wins from 21 games.