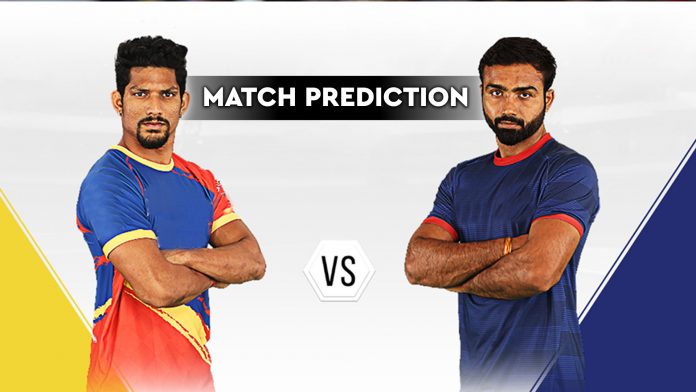 After registering a victory over Bengaluru Bulls, the UP Yoddhas are all set to get into another action-packed encounter with Haryana Steelers. The 40th match of the 2019 season will be held at the EKA Arena by Transstadia, Ahmedabad, beginning at 7:30 P.M. IST. Standing at the 9th & 10th position, respectively, neither Haryana Steelers nor UP Yoddha has a good position on the points table.

Playing 7 matches, UP Yoddha has won 2, lost 3, and the rest 2 were a tie. The season didn’t start on a good note for the team as it lost two consecutive matches at the beginning itself. Grabbing a victory in their third match, the next matches were no better. At last, it was against the Bengaluru Bulls that the team made a comeback, after a series of ties and defeats.

The Haryana Steelers, on the other hand, have played 6 matches, winning 3. The season started with a victory for them, but it was soon overpowered by a spree of defeats. However, their last two matches ended on a positive note for them. Winning their last matches, both the teams will look forward to keep on enjoying this winning temptation.