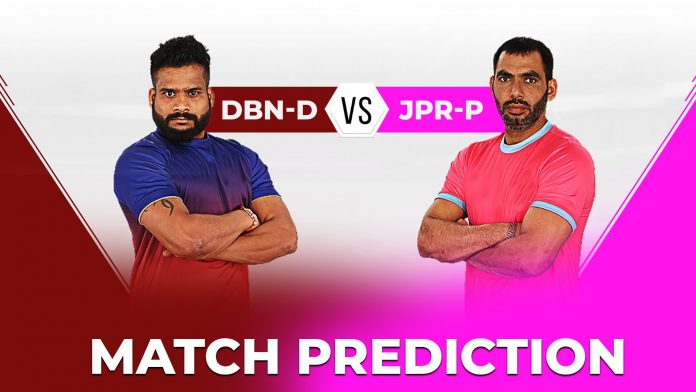 After a dominating performance at home, Dabang Delhi K.C. is currently at the top of points table winning nine out of eleven games this season. The team will now be up against Jaipur Pink Panther, who seemed to have lost the track a little after getting an early lead in the ongoing Kabaddi season. The team has lost four consecutive games and look shattered and slumped to a place. However, they will surely be looking to switch the fortune as they take on Dabang Delhi at Sree Kanteerava Stadium in Bengaluru.

The two teams will be meeting for the second time in the double round-robin stages and on the first occasion, Dabang Delhi K.C. decimates Jaipur Pink Panthers 35-24 in Patliputra Sports Complex. For Pink Panthers, raiding has been an area of concern for them in their past few games and they will want skipper Deepak Hooda to rediscover his early-season form to solve some of the issues in attack. Nitin Rawal, Deepak Narwal and Ajinkya Pawar, have also proven their capabilities in the past and will be hoping to make more of a contribution to the team than they have had recently.

Jaipur Pink Panthers have looked steadier in defense and been consistent in that department of their game. Despite, a forgettable outing last time around, Sandeep Dhull and Amit Hooda have led their defence well. Wednesday’s test against Dabang Delhi K.C.’s raiders though will be a stern test and one that they have already succumbed to once this season.