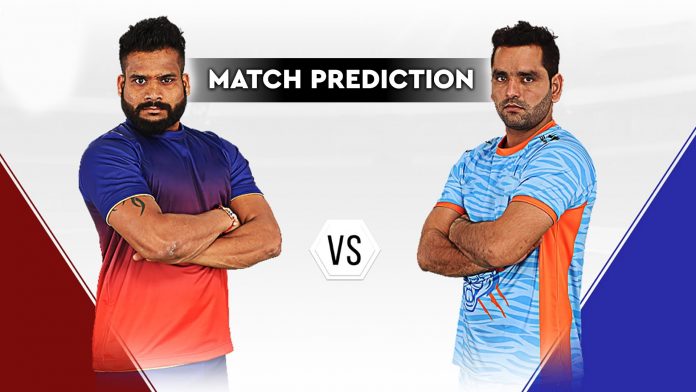 We are all set to witness another crackerjack of an encounter as the two top teams of the Indian Kabaddi League Dabang Delhi K.C play Bengal Warriors at Jawaharlal Nehru Stadium in Chennai. Both the teams have performed exceedingly well in the tournament thus far, eventually occupying first and second position in the points table. Dabang Delhi has played a game less than Bengal Warriors have just one game in the six encounters.

Warriors, on the other hand, have lost two encounters and have 25 points with a best score difference of 52. The two teams will be hoping to put up a memorable show for the spectators with Warriors hoping to become the new table-toppers in the sixth edition of the Kabaddi League.

Both the teams are coming into this game bagging wins under their belt in the last encounter and this remains to be seen which team can continue the winning run.