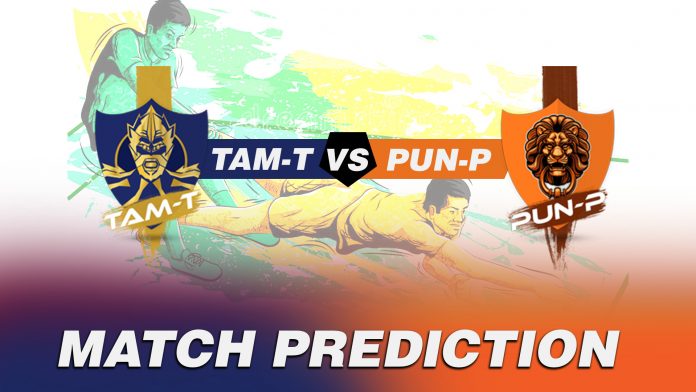 After entertaining the audience for about two months now, the Indian Kabaddi League’s on-going session is nearing its end with a month of entertainment left. In the second double-header of 18th September, Puneri Paltan and Tamil Thalaivas will be meeting each other at the Shree Shiv Chhatrapati Sports Complex, Pune. The game is set to begin at 8:30 P.M. IST.

With a victory after a series of defeats & then again a defeat in their last match, Puneri Paltan seems to go nowhere. They now occupy the 10th spot with 5 wins from 16 games. On the other hand, Tamil Thalaivas, have slipped to the last position with consecutive defeats in their last few matches. The season has been sloppy for both the teams, but it looks that Puneri Paltan might emerge victorious of the two.