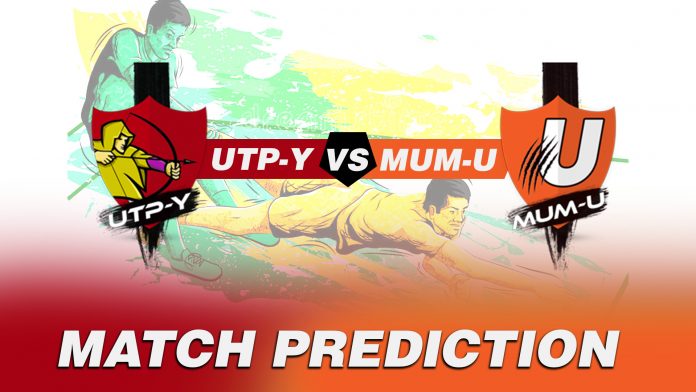 It is now time to gear up for the 95th match of the on-going season of Indian Kabaddi League. The game will be held on 17th September at the Shree Shiv Chhatrapati Sports Complex, Pune between U Mumba and UP Yoddha. The game is scheduled to begin at 7:30 P.M. IST.

The teams stand next to each other in the points table with UP Yoddha sitting comfortably at the 5th spot and U Mumba occupying the 6th spot. The season started on an off-note for UP Yoddha with two consecutive defeats, but they picked themselves up to make a strong comeback in the game. On the other hand, the season had been balanced for U Mumba who have seven wins and seven defeats from 15 games they’ve played.