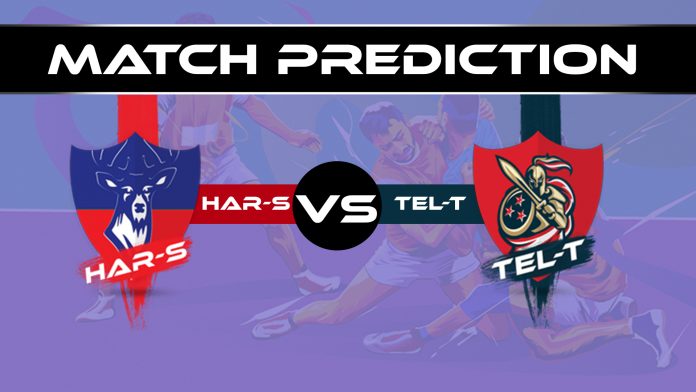 Haryana Steelers and Telugu Titans will face each other in the 121st match of the Indian Kabaddi League season at Tau Devilal Sports Complex, Panchkula on Friday, i.e., October 4.

Telugu Titans are out of the playoffs race as the team has only won five out of 19 games. Now, they would be playing freely to save their lost pride to end a disheartening season on a positive note. On the other hand, Haryana Steelers' journey till now has been fantastic in this season. In 20 matches, the team has emerged victorious 12 times by virtue of which they have already qualified for knockout stage. So, the Steelers will be eyeing to showcase good performances in their rest league stage games to enter the playoffs with confidence.