Indian Kabaddi League Final: What to Expect from the Final Game? 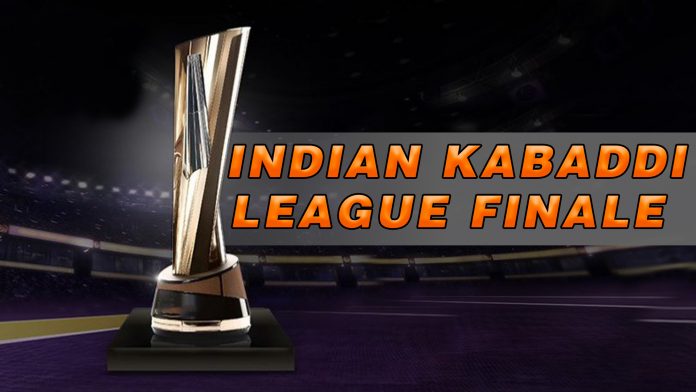 The final game of the on-going season of Indian Kabaddi League will be played on October 19 between the winners of Semi-Final 1 and Semi-final 2 respectively. The live-action can be enjoyed at EKA Arena by Transstadia, Ahmedabad.

The first Semi-Final is to be played between Bengaluru Bulls and Dabang Delhi K.C. The latter ended league stage with the first spot on the points table whereas the former ended with the 6th position. Previously, the teams have met each other twice, wherein at one occasion Delhi emerged victorious, and the other match was tied. Looking at previous stats and the position of the teams, we believe Dabang Delhi K.C. will be moving forward to the Final game.

Talking about the Semi-final 2, the game will be played between Bengal Warriors and U Mumba who finished the league stage of the tournament at 2nd and 4th positions respectively. The teams have met each other previously twice and both the times it was Bengal Warriors who emerged victorious. Thus, the other contender for the big finale is expected to be Bengal Warriors.

Also Read: "I HAD NEVER EXPRESSED MY ASPIRATIONS FOR THIS POST," SAYS SOURAV GANGULY

We believe the final game will be played between Dabang Delhi K.C. and Bengal Warriors. The teams ended their league stage at the 1st and 2nd spot. Comparing the previous face-offs between the teams Bengal Warriors won on one occasion whereas the other game was tied.

Also Read: 4 DRESSING ROOM INCIDENTS THAT MIGHT JUST SPICE UP YOUR DAY

3 Key Players to Watch Out for:

Neither of the teams has won any Indian Kabaddi league since their inclusion in the game. Thus, the winning team will be lifting their maiden cup. Looking at the stats and the current position of the teams, we believe it will be Dabang Delhi K.C. who will get away with the trophy. What do you think who will lift their maiden trophy, do let us know in the comments below.

Muskaan Sharma
Some say she gained her writing skills from Napolean Hill others say, Paulo Coelho. It's rumored that Chetan Bhagat consulted her for the novel "The girl in room 105." Some say she was born with a quill in her hand. She is often heard saying, "People who don't write are Zombies, they love eating brain but not utilizing it do something creative." Muskaan Sharma, pursuing her graduation but still a child at heart is associated with MyTeam11 as a content writer. She is a firm believer of Mishkka's saying, "If we don't tell our stories no one else will. If they do, it will be without us."
RELATED ARTICLES
Kabaddi