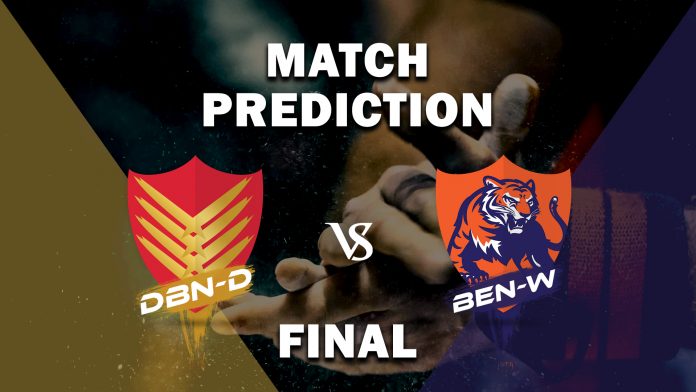 Indian Kabaddi League 2019 has finally found the two candidates who’ll be fighting for their maiden title. The final of the season is all set to be held October 19 between Dabang Delhi K.C. and Bengal Warriors. The game will be played EKA Arena by Transstadia, Ahmedabad. The action-packed encounter will begin at 8:00 P.M. IST.

After fighting 22 matches each in the league stage, Dabang Delhi K.C. and Bengal Warriors ended their league stage campaign wit 1st and 2nd position at the points table, respectively.  Then, following a trail of Semi-finals, the teams have finally found themselves a place in the finals. Neither of the teams has won any title, and the team winning tomorrow’s match will lift their maiden trophy.

Also Read: I WILL FIND OUT WHAT THE SELECTORS ARE THINKING, THEN I WILL PUT MY OPINION SAYS SOURAV GANGULY

Share
Facebook
Twitter
Previous articleI will find out what the selectors are thinking, then I will put my opinion, says Sourav Ganguly
Next articleThere is no certainty yet that Ashwin will be KXIP captain in IPL 2020: Kumble