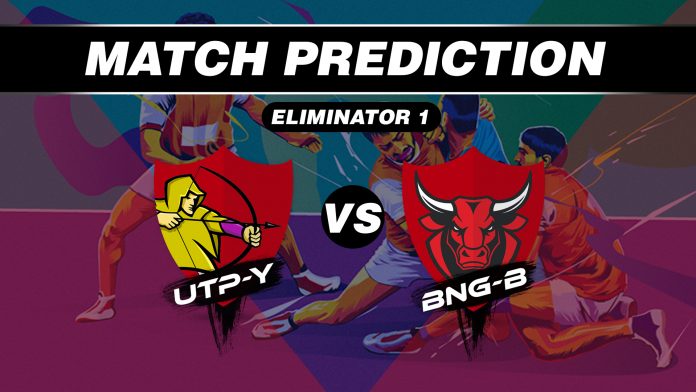 After all the exciting and thrilling action in the last two months, now Indian Kabaddi league has progressed to its business end. UP Yoddha and Bengaluru Bulls will lock horn in the first eliminator of the tournament to get into semi-finals. The Yoddha ended the league stage at third spot while bulls are at the sixth spot in the standings.

UP Yoddha vs Bengaluru Bulls will be played at EKA ARENA BY TRANSSTADIA, AHMEDABAD on October 14. The live-action of the game will start at 7:30 PM IST.