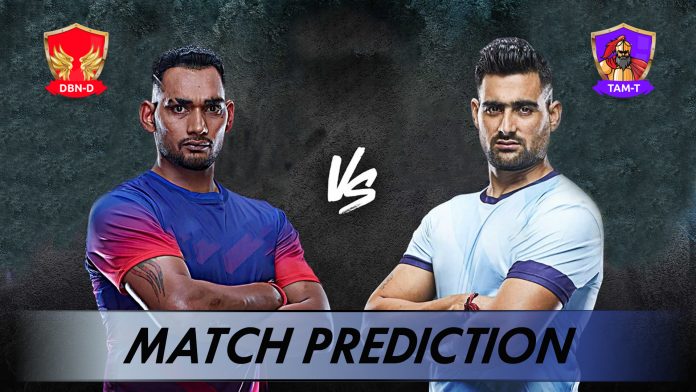 Dabang Delhi K.C and Tamil Thalaivas have had opposite season thus far in the ongoing season of Indian Kabaddi League. Dabang Delhi K.C has been able to dominate the opposition comprehensively to occupy the top spot in the points table. The team has managed to win 10 out of 12 games this season, losing mere one game. Tamil Thalaivas, on the other hand, are having a forgettable season winning mere three wins in 13 games they have played this season thus far.

In the double round-robin tournament, these two will clash against each other for the second time on Sunday at Netaji Subash Chandra Bose Stadium in Kolkata with the first game ending in a closely fought encounter. Dabang Delhi K.C. emerged as victorious with a scoreline of 30-29. This remains to be seen if Tamil Thalaivas can get back on track and get some wins under their belt.