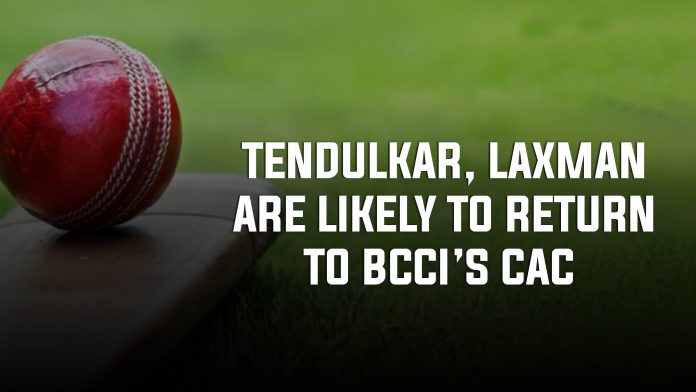 The BCCI’s (Board of Control for Cricket in India) 88th Annual General Meeting (AGM) is scheduled to be conducted on Sunday at the BCCI headquarters in Mumbai. The Apex Court meeting is supposed to be held today, where amendments are set to be proposed and the Cricket Advisory Committee (CAC) will take a call on selection committee. According to a top BCCI official, the old guards, Sachin Tendulkar and VVS Laxman, may return to the CAC. The two veterans had resigned from their posts in July.

The CAC is a three-member panel that was established by former BCCI president Anurag Thakur back in June 2015. CAC is an elite panel which was set up with an agenda to enable experienced former cricketers to advise the BCCI on pertinent issues in Indian cricket. The body had to report to the president and secretary of the BCCI.

The first CAC consisted of Ganguly, Tendulkar and Laxman, who refused to be entrusted with the responsibility of selecting India’s women’s coach last year as a result of the conflict of interest allegations brought against them. Since Sourav Ganguly is the BCCI president, he will obviously not resume his role in CAC.

Former Indian Team captain Kapil Dev was appointed as the chairman of the committee with Anshuman Gaekwad and Shantha Rangaswamy. The committee served as an ad-hoc body to choose India men’s team head coach. Since Ravi Shastri got an extension, Kapil Dev and his team withdrew from their positions, leaving the committee vacant.

Later, it was also realized that the cooling-off period for the state bodies at the AGM could be lifted along with 70-year age cap for the respected members of committees and sub-committees.