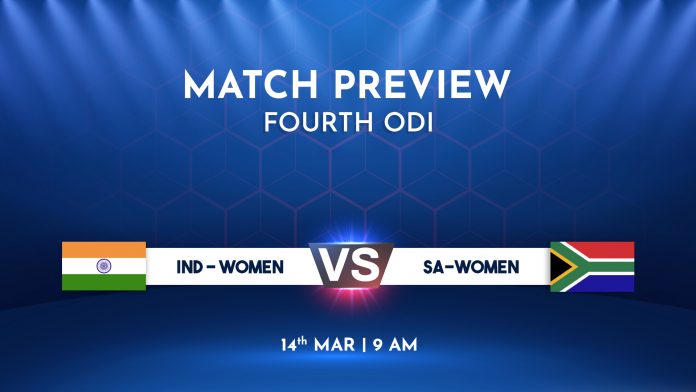 India Women will play South Africa Women in the fourth ODI at Lucknow to level the series. South Africa have taken a 2-1 lead after winning the third ODI by the D/L method.

Team India will meet South Africa in the final ODI of the series and will look for another victory. After losing the first ODI, India bounced back hard to defeat the visitors by 9 wickets. Indian bowlers shined in the first inning and bowled out Proteas on 157. Jhoolan Goswami bagged four and Gayakwad scalped three. India didn’t allow any trouble and chased down this target by losing just one wicket. Mandhana scored 80 runs off just 64 balls to continue her top-form. In the last 5 innings, the Indian opener scored 297 runs at an average of 74.25. Poonam Raut showed her calmness with a gritty knock of 62. She has been a vital player at number three for India and scored at least one half-century in her last four ODI series.

India improved their mistakes from the first ODI. In the first ODI, the bowling unit couldn’t stand to defend 177 and offered a comprehensive start to Proteas. Toss is playing an important role but India also has to improve their other areas. They were good in fielding as we can include that Deepti Sharma’s catch. India availed opportunities and outplayed the opposition with ease.

Meanwhile, South Africa is known for the comeback. They offered India an easy chance to level the series. Proteas lacked in both departments and delivered a bad performance in the second ODI. The opening duo was outstanding in opening ODI by adding 169 runs for the opening wicket but it was missing in the next game. They collapsed from 113/4 to 157 all-out. After picking the first wicket early, South Africa allowed Mandhana to accelerate and couldn’t build any pressure. Poonam Raut and Mandhana both took this game away from the opposition. This game is going to be a cracking contest and India looks favourites here. They are playing international cricket for a long time but now, they found their combination.

Lucknow’s track is an ideal ODI track that offers a good balance between bat and ball. The surface is good for batting and provides good assistance for batting in both innings. Spinners will take extra help from the surface after two back-to-back matches at this track.