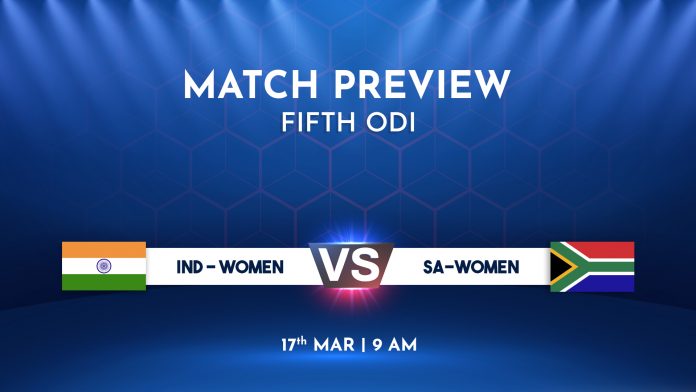 India and South Africa Women will conclude their ODI series on Wednesday with a final ODI. Team India’s welcome to the international cricket after COVID started in a disappointing way as Proteas grabbed the ODI series with one match to go. South Africa chased down one more total to clinch the series. India improved their performance by posting a competitive total of 266, thanks to a late fire from Harmanpreet Kaur. Proteas chased down this total with eight balls spare to clinch the second ODI series win of 2021. They earlier defeated Pakistan at home.

Punam Raut has been exceptional with the bat and after missing out tons in the previous two-three series, she got her 3rd ODI century. She has scored 253 runs in the series at an average of 126.50. Harmanpreet scored 54 off just 35 balls and Mithali Raj contributed 45. The skipper also completed 7000 runs in ODI cricket. When Harmanpreet joined Raut, India were 164/3 in 38th over and the duo added vital 88 runs off just 65 balls. The acceleration in middle-over proved costly. India could have got 280-290 after getting a decent start from the top-order. Jhulan Goswami missed out the last game and the same issues occurred in the fourth ODI as well. India allowed Proteas to settle and spinners couldn’t provide breakthroughs when it needed most. Mithali can make few changes in the squad to offer a game to bench players.

Meanwhile, South Africa showed their best game through the series. The batting unit has been terrific and they skilled out India in three games out of four. They have lost just one game from their 7 ODI matches in 2021. The opening duo set another big stand and the middle-order also delivered their best game. In the last game, all top four batswomen scored half-centuries. During the last tour to India in 2019, Proteas suffered issues playing the spin but this time, they looked well-prepared. Lee aggregated 288 runs in the series and Wolvaardt amassed 154 runs. Skipper may rest her key players ahead of the T20I series. The toss will play an important role and South Africa enters as the favourites.

Lucknow’s track is a good ODI track that offers a good balance between bat and ball. The track is good for batting and has slight help to spinners. The track will get slow after back-to-back matches. Chasing will still be an ideal call after winning the toss.