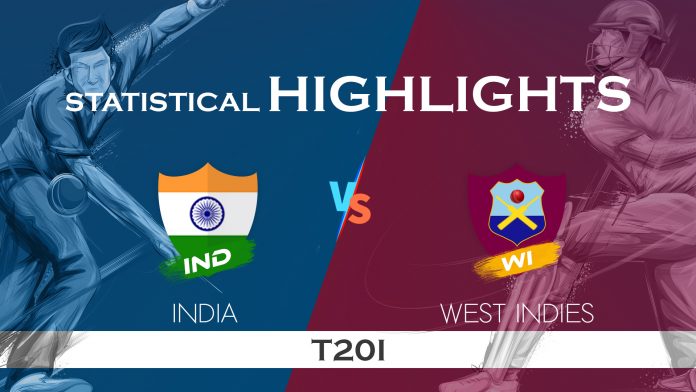 KL Rahul (91), Rohit Sharma (71) and Virat Kohli (70*) lit up the Wankhede Stadium on Wednesday as India beat West Indies by 67-runs in the 3rd and final T20I match of the series. After being put to bat, India scored an astonishing 240/3 in their 20 overs before restricting their opponents to 173/8. West Indies skipper Kieron Pollard (68) and Shimron Hetmyer were the only players who posed a real threat to mighty India.

After losing the 2nd T20I in Trivandrum, India opted for modern Power Play batting tempo from the start of the innings. KL Rahul along with Rohit Sharma decimated the Windies bowlers with their brutal hitting as the duo added 135-run in no time. Rohit Sharma’s wicket didn’t bring any respite to the Windies skipper as Virat Kohli continued the sixathon. He, along with Rahul, slammed the doors on the visitors and guided India to a mammoth score of 240.

Chasing a big target, West Indies were off to a dreadful start as they lost their top order inside the powerplay. Shimron Hetmyer and Keiron Pollard gave India a brief scare with fearless hitting. The pair added 74 runs in the next five overs, but Kuldeep and Bhuvneshwar got rid of the duo in quick time and shattered the hopes of West Indies of achieving a monumental win.

Here are a few statistical highlights from the 3rd T20I:

404 – With his 1st six last night, Rohit Sharma joined an elite list of players to hit 400+ sixes in all international matches (Tests, ODIs and T20Is). Chris Gayle (534) and Shahid Afridi (476) are the only other players who are ahead of him.

72 – India scored 72 runs in the powerplay, which is their second-highest powerplay score while batting first. Their highest is 78 against South Africa in Johannesburg in 2018.

70+ – This is the first instance where three batsmen scored 70-plus runs in a T20I inning.

2633 – Both Rohit Sharma and Virat Kohli are now the joint highest run-scorers in the T20I format.

21 – Virat Kohli took just 21 balls to reach his half-century making it his fastest fifty of his career. It is the 5th fastest half-century by an Indian.

22- India became the second team after Australia to record 22-century stands in T20Is. England and Pakistan are on the second spot with 16.