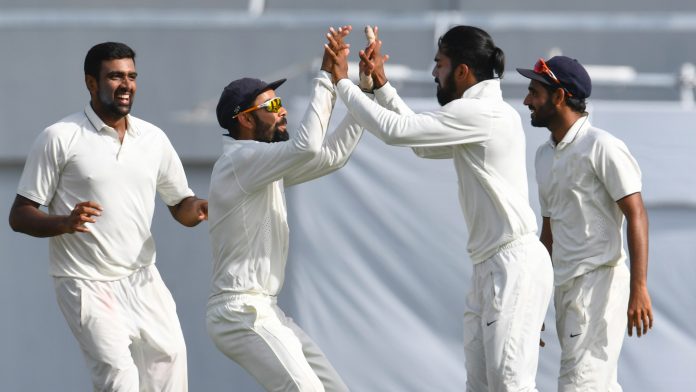 After a sensational run in the limited-overs series, the Indian team is all set to take on  West Indies in a two-match Test series as part of the World Test Championship starting August 22 in North Sound. India dominated West Indies in the T20I and ODI series winning them 3-0 and 2-0 respectively.

India skipper Virat Kohli will hope to lead the team to another victory while achieving some milestones in Test cricket.

The skipper will be eyeing MS Dhoni's record as Test captain. When the Men in Blue take the field at the North Sound on Thursday, Kohli will be looking to equal Dhoni’s wins as captain and become the joint-most successful Test captain for India. Kohli currently has 26 wins from 46 matches, while MS Dhoni won 27 matches out of 60 as India's Test captain.

Meanwhile, Ravindra Jadeja is also is on the cusp of a record. The all-rounder is expected to be part of the playing 11. If he plays in the first Test against West Indies, he will be in line to achieve a special milestone. He needs 8 more wickets to complete 200 wickets in Test cricket. Jadeja will become the 10th Indian to join the club. He will be the second-fastest Indian after R Ashwin to breach the 200-wickets mark.