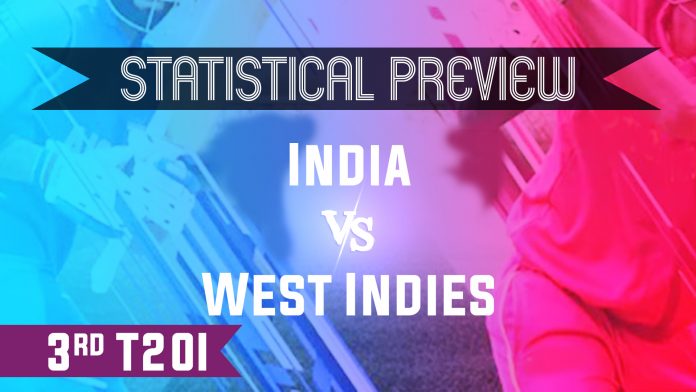 After a clinical chase by team India in the first T20I, West Indies returned the favour in the second T20I by clinching a commanding win against the Men in Blue at Greenfield Stadium in Thiruvananthapuram on Sunday. Lendl Simmons aided the West Indies chase with a compelling half-century to level the three-match series 1-1. Lendl Simmons smashed 67 runs off 45 balls and was well supported by Evin Lewis, Shimron Hetmyer and Nicholas Pooran.

Openers Simmons and Lewis gave an ideal start to Windies and laid the foundation for the chase. Both the openers took advantage of India’s prodigal fielding and scored at a brisk pace. After the dismissal of Lewis, Simmons continued with Hetmyer and both added a handy stand. However, it was the partnership between Pooran and Simmons that took them over the line. The former played an exceptional cameo to hand West Indies their first win of the series.

Earlier in the day, India put up a total of 170 courtesy Dube and Pant. Virat Kohli’s experiment with Shivam Dube at number 3 worked wonderfully as the latter scored his maiden T20I half century. Despite Dube's 54 off 30 balls, India didn't get the required momentum during the death overs. The last five overs in the Indian innings produced only 38 runs courtesy of some fine bowling performances by Williams and Cotrell.

With the series levelled, all eyes will be on the final T20I which is on 11th December in Mumbai. The defending champions have some fond memories at Wankhede as they edged India in the semi-finals of the T20 World Cup in 2016. The would look to imitate the same result in the final T20I.

Here are all the important stats ahead of the 3rd T20I between India and West Indies:

1- Wicket Yuzvendra Chahal needs to become the leading wicket-taker in T20Is for India.

6- Rohit Sharma is 6 sixes away from becoming the 3rd player to hit 50 T20I sixes in a host country.