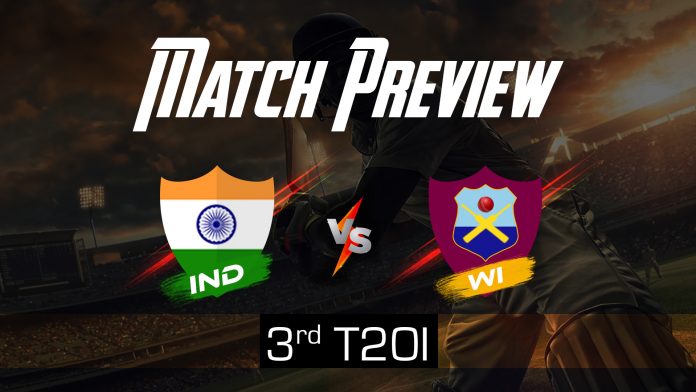 The final decider match of the T20I series between India and West Indies is scheduled to take place on Dec 11. Both the teams are all set to head off to Mumbai for the ultimate battle. The game is going to be played in iconic Wankhede Stadium and its live telecast will begin at 7 PM local time. The neck-to-neck encounter will witness both the teams go an extra mile to seal their victory and emerge champions. The chances of winning the match are even, as both the teams have performed exceedingly well in this series. However, India will be well aware of Simmons historic on this particular ground when India was ousted in World Cup T20 semi-final.

In the first match, India registered their comfortable six-wicket win over West Indies with some incredible performances from Captain Virat Kohli and Shivam Dube. But, Windies brought their A-game and bounced back to bring the series to parity with eight-wicket win.

India
After experiencing a colossal hitting on Sunday in Thiruvananthapuram, Indian team might want to make a few changes in their line-up. The major reason behind India’s loss was not the dominance of Windies’ batting, but lack of aggression and field precision from Indian players’ end. India may contemplate about the giving an opportunity to right-arm fast bowler Mohammed Shami. Shivam Dube, who smashed a dazzling half-century after being promoted to No. 3, will be one of the promising players the fans must be looking forward to. The big guns like Rohit Sharma, Virat Kohli, and Shreyas Iyer are expected to deliver their impressive performances and produce ideal results for the team.

West Indies team will be more confident this time, considering their spectacular win over India in the last match. The way Lendl Simmons and Evin Lewis stitched a healthy opening partnership of 73 runs in the second T20I match, their place in the squad is intact. Taking advantage of Indian bowlers who bowled the wrong length and speed on a slow pitch, Windies steered a convincing win and are eyeing for the same in the deciding match.

Shimron Hetmyer and Nicholas Pooran are likely to retain their spots for the third match as well. In fact, ace West Indies players like Kieron Pollard and Simmons are well aware of the conditions in Mumbai as they have been part of Mumbai Indians for quite a long time.

India and West indies have played 16 matches against one another in the T20 format and the former is leading the scoreline by 9-6. Since both the teams have earned one emphatic victory each, the third match is going to be their do-or-die clash.

Players To Watch For

Virat Kohli:  Indian skipper Virat Kohli showcased a fabulous performance and toppled Rohit Sharma as India’s leading T20I run-scorer in the shortest game format. In the first match, the right-handed batsman smashed an unbeaten 94, his highest T20I score and contributed to India’s compelling six-wicket victory. He is indeed one of the best players in the batting line-up to watch out for.

Lendl Simmons: Simmon’s praiseworthy performance in the second match helped West Indies attain a series-levelling win. He knocked off 67 for balls which led to 8-wicket victory for the visitors. The opening batsman has the potential to power the Windies and conquer a thumping victory.