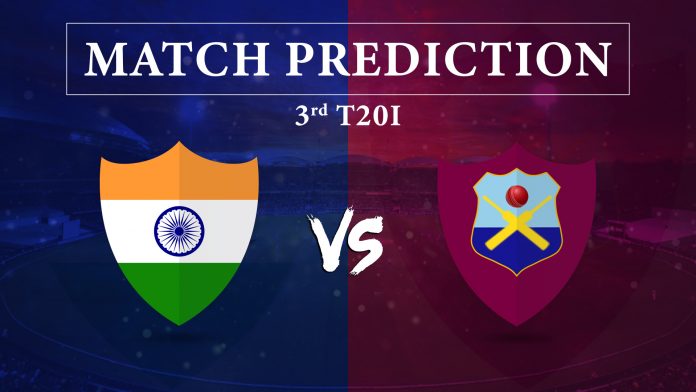 It will be a test of batting giants as India and West Indies square off against each other for the series in 3rd T20I on Wednesday. The series is locked 1-1 after the defending T20I champions West Indies turned the corner in the second T20 International following a Virat Kohli masterclass in the first T20I in Hyderabad. The 3rd and final T20I is scheduled to be played at Wankhede Stadium in Mumbai at 7:00 PM IST.

Virat’s men were left stunned by Windies gobsmacking batting in Thiruvananthapuram. India will have to address many issues before the series decider. India’s bowling and fielding in this series have come under heavy scrutiny and has raised major concern among the team management. The Men in Blue’s prodigal fielding in the series has left the skipper furious. They dropped five catches in the series opener but got away with it courtesy of Virat’s special. But they paid the price in the second game by dropping both Simmons and Lewis in the early parts of their innings.

Their bowling hasn’t been up to the mark either. Indian bowlers have taken just seven Windies’ wickets in the first two matches. The pace duo of Deepak Chahar and Bhuvneshwar Kumar has gone for plenty in the first two matches. Washington Sundar has been under fire for his below-par fielding in the series. In the last game, he dropped a sitter of Lendl Simmons, whose 45-ball 67 laid the foundation of the West Indies’ eight-wicket triumph. The allrounder didn’t do much with the bat either, and that might prompt Virat to go for Kuldeep Yadav in the final T20I.

West Indies, on the other hand, will fancy their chances to clinch the series after the terrific comeback. West Indies batsmen are in top form in this series. The likes of Simmons, Evin Lewis, Nicholas Pooran and Shimron Hetymar are among the runs and this will give Windies a lot of confidence. The West Indies also have fond memories of playing T20s at the Wankhede as they defeated India in the 2016 ICC World Cup semi-final.

The match is scheduled to be played at Wankhede Stadium, Mumbai which has produced many high scoring games. The spinners will come into play in the middle overs although dew could go against them.

The weather is clear for this game, and the temperature will be around 28 degrees Celsius with humid conditions expected in Mumbai.