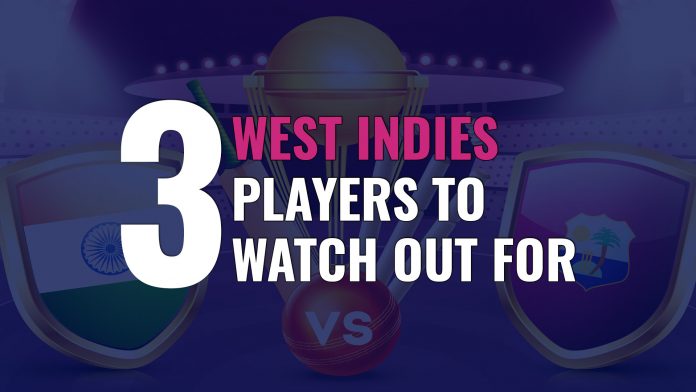 We are all set to witness another crackerjack of series as India is set to lock horns with West Indies for a three-match T20I series. The series, scheduled to commence on 6th December, is anticipated to bring a spectacular display of action-packed performances from both the sides. On one first hand, Shikhar Dhawan is ruled out owing to his knee injury, there are chances the game might favour West Indies and the table might turn against the host country!

With this, MyTeam11 brings to you three key players from West Indies that the opposing team can vouch for. These top Windies players might cause serious trouble to Indian cricket team.

The 24-year-old Trinidadian cricketer is all set to roll up his sleeves and take the world by storm with his power hitting. A glimpse of Pooran’s competency was seen in the IPL when he played for the Kings XI Punjab. He became the West Indies' leading run-scorer with 367 runs at an average of 52.42 at 2019 World Cup.  Taking into consideration his consistent performance, he is indeed one of the most promising players from West Indies who easily can terrorize the Indian players.

Renowned as an attacking and destructive opener, this left-handed batman showcased his explosive power hitting expertise in IPL while playing for the Royal Challengers Bangalore and also in the CPL. He exhibited another amazing performance in the ODI format having cracked four centuries and four fifties in 34 ODIs. It is an opportunity for Shimron to enhance his T20I credentials in one of the shortest cricket game format.

One of the biggest threats to Indian cricket team. Known for his prowess to trick any batman, Narine has been a pillar of strength for the West Indies squad. In November 2015, Narine was suspended from bowling in international cricket as his action was deemed to be illegal. Despite being away from international cricket, Narine has managed to maintain a praise-worthy reputation on the pitch. It’s seems every time Narine comes to bowl, he looks like taking a wicket.

Men-in-Blue need to gird up their loins ahead of this series because West Indies squad has the potential to turn the score on their side in a snap of a finger! Let’s see which of the teams shine out and bag the trophy!