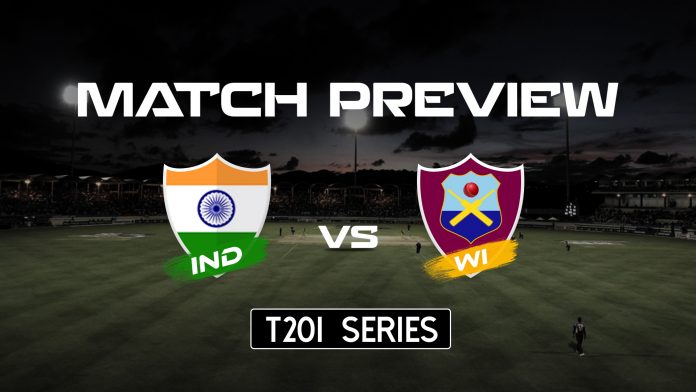 India is all set to host the first of the most-awaited T20 International match to be conducted on Friday, December 6th. The nail-biting clash between India and West Indies will begin at 7 PM (IST) in the Rajiv Gandhi International Stadium in Hyderabad. India played an overseas series against West Indies that comprised of 3ODIs, 3 T20Is and 2 Tests, right after the World Cup and aims to continue their winning streak with this series. This tournament marks the return of Indian Captain Virat Kohli after taking a small hiatus during the Bangladesh T20I series. He is definitely one big talking point of this series. Another highlight of the series is the absence of three big all-rounders Andre Russell, Carlos Brathwaite and Dwayne Bravo, as the onus will now be on Jason Holder’s shoulders. On top of that, West Indies opener Chris Gayle has opted out of T20I, taking a break for the rest of 2019.

Apart from Virat Kohli, another player who has found his way back to the roster after a long exile is Kuldeep Yadav. Bhuvneshwar Kumar also returns in the T20 setup to bolster the bowling attack. Unfortunately, Shikhar Dhawan is ruled out due to his injury. But with the likes of Mohammed Shami, Sanju Samson, and Rohit Sharma, team India appears well-rounded.

It is quite a surprise to see West Indies struggling in the T20I format that they master. Lately, West Indies have not been in their best form as they managed to win only one of the nine T20Is they have played this year. Sheldon Cottrell, Kesrick Williams and Keemo Paul will lead their bowling attack.

On one hand, Andre Russell, Dwayne Bravo and Carlos Brathwaite are missing due to fitness concerns, Alzarri Joseph and batsman Shai Hope are also out of their 15-man T20I squad. Therefore, the team puts faith on a bunch of new young talents like Brandon King, Hayden Walsh Jr., Romario Shephard and Khary Pierre.

Fabian Allen and Denesh Ramdin will return in the opening game after recovering from their injuries. Wicketkeeper-batsman Nicholas Pooran, who missed the Afghanistan T20I series due to a suspension for ball-tampering, will also be part of the squad.

Players To Watch For

Rohit Sharma –The amazing duo of skipper Virat Kohli and Ro-Hitman will reignite the battle on the field with their partnership. He is one of India’s best batsman in T20I, who has scored 2539 runs in 101 matches, at an average of 32.13.  Rohit has garnered 4 centuries and 18 fifties in this format and hit 85 runs off 43 balls in the second T20I against Bangladesh last month. It clearly shows that Rohit is the player everyone is looking forward to in this series.

Kieron Pollard – An explosive lower middle-order batsman who is one of the leading run-scorers in this format, with 953 runs which includes three half-centuries. He scalped three wickets at an economy of 6.85 against Afghanistan. His aggression and penchant to clear boundary with ease has made him one of the most sought-after players in the shortest form of the game.