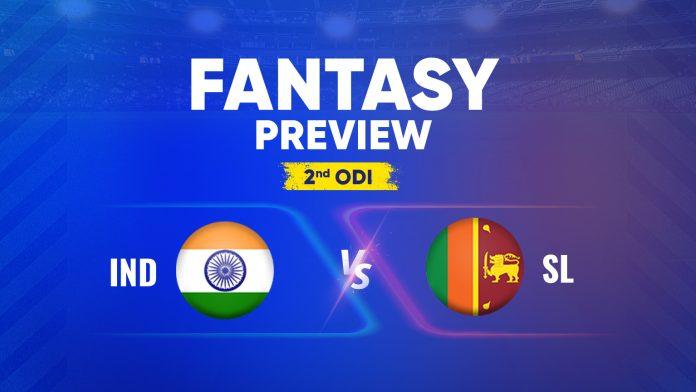 The first ODI match of India vs Sri Lanka turned out to be a high-scoring match. The batting pitch of Guwahati helped both teams to score big runs. However, it was the might of India’s top order that helped India grab the first match of this 3-match series. The Men In Blue will face off against Lankan Lions in the second match of a three-game series on Thursday, January 12th. In the last match, India emerged victorious with a 67-run win.

Openers R. Sharma and S. Gill provided a sparkling 143-run partnership in the initial overs, setting the tone for the entire innings. While Gill was dismissed after scoring a valuable 70 runs, Sharma continued on to score 83 runs.

Then came V. Kohli who played a pivotal role by scoring his second consecutive century in ODIs, amassing 113 runs, his teammates also contributed with a strike rate of more than 100, which helped India to post a formidable total of 373 runs on the board.

The Sri Lankan team put on a valiant effort in their chase of a formidable total set by India, with opener P. Nissanka top scoring with 72 runs. However, wickets fell at regular intervals for Sri Lanka as the top order failed to build on Nissanka’s solid start. D. de Silva chipped in with a quick-fire 47 runs, but it was captain D. Shanaka who stood out for the Lankan Lions, scoring an impressive 108 runs not out off just 88 balls, including 12 fours and 3 sixes.

On the bowling front, Sri Lanka’s K. Rajitha was the pick of the bowlers, taking 3 wickets, but he was also on the expensive side, giving away 88 runs in his 10 overs. Unfortunately, the rest of the Lankan bowlers were not able to control the flow of runs and no one managed to maintain an economy rate below 6. D. Madushanka, C. Karunaratne, D. Shanaka and D. de Silva each picked up a wicket.

India and Sri Lanka will face each other in the 2nd ODI of the 3-match series on 12th January at 1:30 PM IST. The lineups of the match will be available at 12:30 PM on the MyTeam11 app.

Fast bowlers may have some success early on in the match due to the conditions of the pitch, but as the game progresses, it is anticipated that the pitch will become more conducive to batting.

On the match day, the forecast calls for clear skies and no precipitation, providing ideal conditions for the game to take place without interruption. This is great news for fans as they will be able to watch a full match between the two teams.

V. Kohli: The former Indian skipper continued his magnificent form and hit his consecutive century in the last match. Kohli came first down and hit 113 runs to register his 73rd International century. With his given form, Kohli will be a player to watch out for in the second ODI match.

K. Mendis: Mendis failed to make an impact in the first ODI match against India. However, given his batting prowess, Mendis is known for scoring big runs and punishing every bad ball.

Here are the probable XIs for the 2nd ODI between India and Sri Lanka.

Hope the team preview was useful for you. It’s now time to join exciting cricket action on MyTeam11. Make fantasy teams in the 2nd ODI between India and Sri Lanka to win big cash prizes. Also, if you want to win rewards like iPhone 14, iPad, Samsung Smart Watch, you can take advantage of the Refer & Earn campaign on the MyTeam11 app.