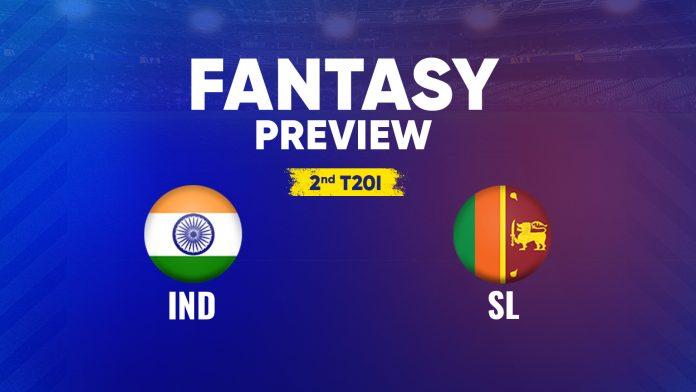 India vs Sri Lanka second T20 match will be played on Thursday, with the outcome potentially deciding the overall winner of the T20 series. The match will be held at the Maharashtra Cricket Association Stadium, where India will aim to secure the series victory while Sri Lanka aims to push the series to a deciding match. Make sure to check out our top picks for your MyTeam11 fantasy team

Despite losing S. Gill, S. Yadav, and S. Samson early on, H. Pandya and I. Kishan steadied the ship with a crucial partnership. Kishan was eventually dismissed for 37, while Pandya was caught out for 29. Both Hooda and Patel remained undefeated, with Hooda scoring 41 off 23 balls and Patel adding 31 off 20. In the end, it was the might of bowlers like S. Mavi and U. Malik shone with the ball, taking four wickets for just 22 runs in his four overs. Moreover, H. Patel also contributed two wickets each to the cause

In the closely contested first T20 match, Sri Lanka fought hard to keep their chances alive in the chase, thanks to a valiant effort by Dasun Shanaka. However, India seemed to have gained the upper hand after a 155 kph delivery from Umran Malik sent Shanaka back to the pavilion.

The MCA Stadium, known for its black soil pitches, is expected to offer a balanced surface for both batting and spin bowling. The tracks at this venue are traditionally known to provide a good batting surface initially but also offer ample assistance to spinners as the match progresses.

As a result, the team winning the toss may look to bowl first in order to take advantage of the latter half of the game.

S. Yadav: 2022 was a standout year for Yadav on the international stage, as he amassed a staggering 1164 runs in the shortest format of the game. With a minor speed bump in the first match, Yadav and the Indian team will be eager to help his team secure their second T20 victory of the year.

K. Mendis: Mendis has played in all three formats of the game for Sri Lanka and has scored over 3000 runs in international cricket. In the last match, Mendis scored 28 runs and helped his team gather quick runs at the top.

Here are the probable XIs for the 2nd T20 between India and Sri Lanka.

Hope the team preview was useful for you. It’s now time to join exciting cricket action on MyTeam11. Make fantasy teams in the 2nd T20 India vs Sri Lanka match and you might win big cash prizes. Also, if you want to win prizes like iPhone 14, iPad, Samsung Smart Watch, you can take advantage of the Refer & Earn campaign on the MyTeam11 app.