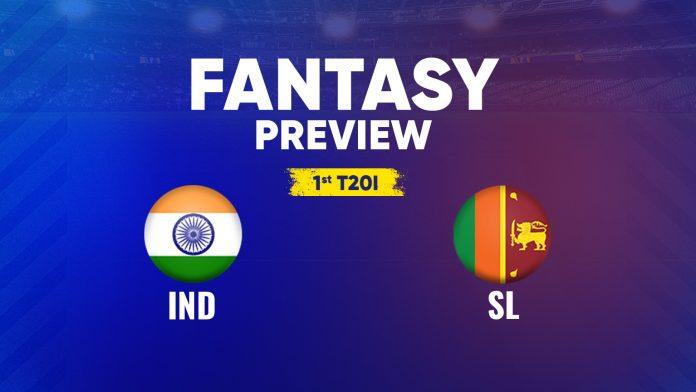 The first T20 match between India and Sri Lanka in the highly anticipated 3-match T20 series is set to take place at the Wankhede Stadium in Mumbai on January 3rd. This match marks the first T20 series of 2023 for both teams and both sides will be eager to start the year off with a win. The match promises to be an exciting encounter between two talented cricketing nations and fans can expect a thrilling match at the Wankhede Stadium. Let’s look at the fantasy preview of the match.

Team India has made some big decisions and rested some key senior figures for the T20 series against Sri Lanka. The Men in Blue will be led by H. Pandya and star batsman S. Yadav has been given the responsibility of vice-captain. S. Samson is back in the mix and would be looking to prove his worth to the T20 squad once again. The Indian bowling contingent is fairly inexperienced with the likes of M. Kumar and S. Mavi receiving their maiden call-ups.

The Lankan Lions have had enough practice for this tour in the recently concluded Sri Lanka T20 League. The 2021 Asia T20 Cup champions are slowly and steadily building a strong squad once again to reach the glorious heights of the past. All-rounder D. Shanaka will lead the squad with some of the most explosive batters in his ranks like B. Rajapaksa, P. Nissanka and K. Mendis. The bowling unit is fairly young but it has an able leader in W. Hasaranga.

The Wankhede Stadium in Mumbai will host the much-anticipated opening match of the bilateral series between India and Sri Lanka. Known as The Mecca of Indian Cricket, the ground has a seating capacity of 33,000 and is sure to be packed with excited fans for the first T20 match of 2023.

The Wankhede pitch is known for being a batting paradise, with short boundaries and a fast outfield. Both India and Sri Lanka have strong batting lineups, so we can expect to see a high-scoring match to begin this series. The team winning the toss may look to bat first and put runs on the board, but with due coming on in later stages, it could be a closely contested match.

S. Yadav: The aggressive right-hander from Mumbai is back in his yard as the number 1 T20 batsman in the world. 2022 was the best year in Yadav’s international career as he scored 1164 runs. Yadav would look to continue this momentum in 2023 and help to first T20 win of the year.

W. Hasaranga: The Lankan all-rounder would be Shanaka’s go-to bowler against India throughout the series. Indian batters have struggled against leg-spinners and Hasaranga is one of the best masters of leg-spin bowling. Hasaranga picked up 29 wickets in 17 T20 matches in 2022.

Here are the probable XIs for the 1st T20 between India and Sri Lanka.

Hope the team preview was useful for you. It’s now time to join exciting cricket action on MyTeam11. Make fantasy teams in the 1st T20 between India and Sri Lanka and you might win big cash prizes. Also, if you want to win prizes like iPhone 14, iPad, Samsung Smart Watch, you can take advantage of the Refer & Earn campaign on the MyTeam11 app.