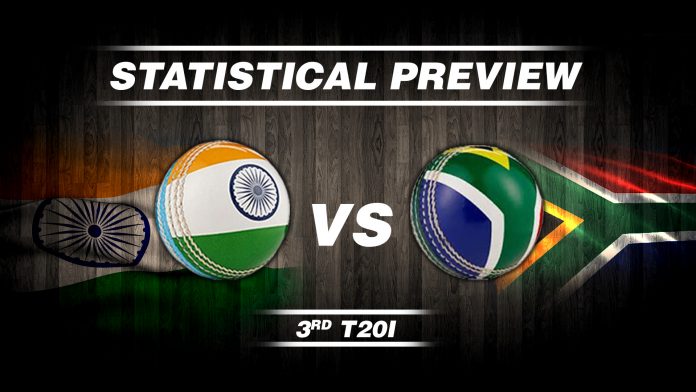 The T20 series between India and South Africa has reached the business end as two teams prepare for the final T20 International which is scheduled to be played at M.Chinnaswamy Stadium in Bangalore. India currently lead three-match series 1-0 with Dharamshala game getting washed out. India will look to clinch series whereas South Africa, on the other hand, will aim to square the series. With this, MyTeam11 brings to the statistics going into the game:

9 – India and South Africa faced off in 14 T20Is till date with India winning in 9 while the Proteas came out victorious in the remaining five. Only against Australia (8), the South Africans have lost more T20I matches.

50.71 – As many as 30 players have scored over 600 T20 runs this year but only four average more than 50 including KL Rahul. The Indian top-order batsman has scored 710 runs in only 17 T20 innings this year with help of an unbeaten hundred and seven fifties.