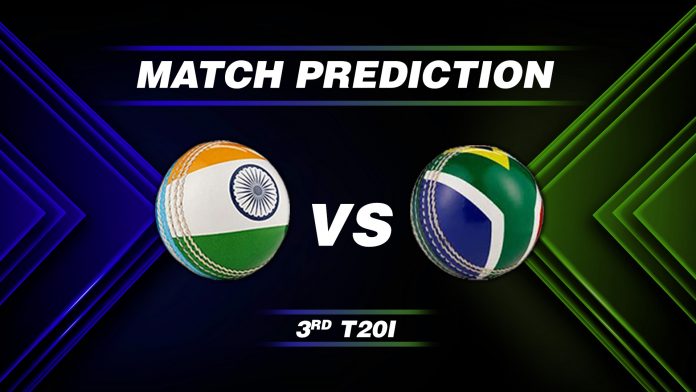 India's quest for glory will face a stern test as they face South Africa in the final T20 of three-match T20 series in Bangalore. The men-in-blue have taken an unassailable lead 1-0 with Dharamshala encounter ending in a washout. However, Virat Kohli along with team management will put their thinking caps on as they look to clinch series.

Indian skipper, Virat Kohli showed a glimpse of his form in Mohali – which has always been a happy hunting ground ever since he played a heroic knock against Australia in the quarter-finals of T20 World Cup 2016. Along with him, Shikhar Dhawan has also shown some signs of returning to dazzling form.

South Africa, on the other hand, has struggled to convert the starts into big scores. de Kock, skipper got off to a great start in Mohali but was dismissed after Virat Kohli pulled off a blinder. Temba Bavuma played well for his 49 but will look to convert it into a big score in M. Chinnaswamy.

We have seen in the 2019 Indian Premier League (IPL) that Bangalore track has started to give that batting vibe once again. The bowlers, on the other hand, are expected to get some lateral movement at the start but all in all it is expected to be a high scoring encounter.

The weather isn't showing good signs with 80 per cent chances of precipitation. However, the super soppers and drainage in Bangalore are better than any other stadium in India. In these circumstances, there are chances that we witness an encounter.