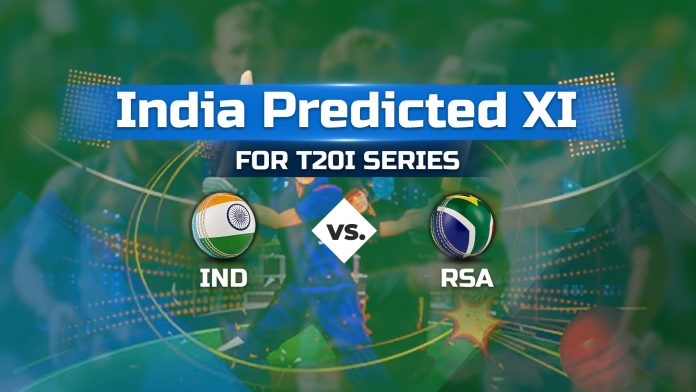 India’s quest for glory will face a stern test in hungrier South Africa, giving skipper Virat Kohli and Ravi Shastri to put their thinking caps on and contemplate on tactics a little more. The Men in Blue have been clinical being unbeaten against decimated the Caribbean side.

South Africa, on the other hand, suffered a horrific defeat in the recently concluded ICC World Cup 2019 and players, from a distance have looked shattered and slumped to a quiet place. The way World Cup panned out for them, was nothing short of a disaster and their mental fatigue cannot be underestimated.

The two teams will be playing three T20 Internationals and as many Tests starting on 15th September in Dharamshala. Interestingly, the last time two teams met in India for the T20 series, it started at the same venue and South Africa emerged as victorious. Thus, the India team will look to redefine that period and script the unsaid story.

Against West Indies, he looked in fine touch and fact, was one of the very few batsmen who looked at ease on a sluggish pitch in Florida. He top-scored for India in both games he played and was striking the ball beautifully.

Moreover, the shortest format of the game tastes palatable to the 32-year-old and will certainly be eyeing to continue in a dazzling touch on the home soil. His performance will be vital for team India’s success at home.

Dhawan struggled against skiddy pace and bounce which eventually made his case weak against West Indies’ bowlers. Having said that, the 20-over cricket is Dhawan’s preferred format. He has done exceedingly well in Indian conditions.

Further, he has been able to shut his critics in the past and is expected to do it once again when India will face South Africa at home. His heroics in the 2013 Champions Trophy are certainly fresh in the memory which he would want to replicate for spectators in the shortest format.

A key component is his ability to lead from the front. The individual blends dedication and grit while epitomizing the facet named perfection in the most beautiful way possible. Virat Kohli’s inclusion in the team as a batsman not only adds a cherry to the delicious cake but also lets the cake smell good which eventually makes the opponent worry even before the start of play.

Virat Kohli’s ability to convert ones in twos and twos in threes make the whole difference. He silently builds his innings and accelerates when the opposition is least expecting. There have been many captains who have been worn out by the pressure of leading the side – but not him. It will not be a surprise if the upcoming series adds another chapter to his glorious career.

His superlative dream run played a vital cog for Karnataka in the initial years. However, his barnstorming start did not immediately help him with desired returns. Nevertheless, the unsung hero of Indian Cricket Manish Pandey’s breakout came six-months after his International debut when he single-handedly won the game for his country in Sydney against a promising side like Australia.

The innings not only defined his technique but also led the populous to witness his temperament at the world stage. Post that, Manish Pandey had a lean patch which led to questioning his selection in the limited-overs arena. The upcoming home series will certainly be seen as a make or break series as the youngster remains to be tested. Having said that, he will certainly start as a favourite in India’s playing eleven.

In the recently concluded West Indies tour, Pant managed to score just one fifty, which came in the final T20 International. Except for that innings, Pant didn’t manage to contribute much with the bat in hand.

As the Indian team sets the clash against South Africa, Pant will once again have a big opportunity as the team looks to give him an extended rope. He had a successful Indian Premier League (IPL) season and will be hoping to continue that form in national colours and cement his spot in the team.

Hardik’s workload had been a concern for the team ever since he picked up a stress-fracture injury at the Asia Cup last year and the lower-back stiffness that forced him to miss the ODIs against Australia at home in March.

Thus, on his comeback, Hardik will be looking to continue his dazzling touch with the bat. Moreover, with none of the top five being able to bowl, he will be India’s sixth bowler.

In the T20 series against West Indies, Pandya did well in the first two T20Is. He returned with figures of 1/20 and 2/23 in the two games as India produced near clinical bowling performances. He was very tight with his line and length and also picked up key wickets in the middle.

Moreover, Krunal did well with the bat too. He struck an unbeaten 13-ball 20 which included a couple of big sixes in the second game. Thus, for his knock of 20 and two wickets, he was awarded as the player of the match. His small contributions will be vital for team India’s success against South Africa.

Washington Sundar may not have picked up a lot of wickets. He picked up mere two wickets in the three-match series. However, the bowling all-rounder has been very economical against West Indies.

He returned with figures of 1/18 in the first game as West Indies was decimated for a mere score of 95 runs on the board. He went wicketless in the last encounter as the Windies batsmen played him out with ease. However, there were occasions where it looked difficult to play him.

The young sensation warmed the benches in the first couple of games before getting a chance in the final T20 International. The nervous instinct got over him in the first two overs, but he came back strongly in the third over to scalp Carlos Brathwaite as his debut wicket.

However, he didn’t return to spell to complete his quota of overs. Thus, the Indian team management will look to give the youngster more game time before coming to a conclusion.

Chahar got the ball to move both ways appreciably as he picked up three wickets in his first two overs. He bowled a terrific opening spell as he bowled three overs for four runs and three wickets.

Moreover, Chahar has been excellent for the Chennai Super Kings (CSK) in IPL and has been one of the reasons for their success in the last couple of years. Thus, his contribution in the absence of Jasprit Bumrah and Mohammad Shami will be vital to India.

The right-arm speedster caught everyone’s eyes in his debut series with his skiddy pace and bounce. Saini managed to scalp three wickets on his debut outing for India which became a talking point for cricket pundit around the globe.

However, he was taken for runs in the second game. He blew hot and cold in the third game as he got a couple of wickets. But the youngster has Virat Kohli’s support and will be looking to express himself more consistently in the games to come.