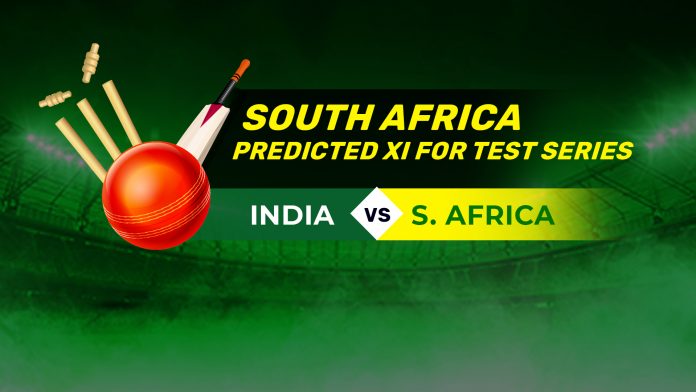 South Africa’s tour of India started on a good note for the visitors as they managed to end the T20 series with a tie. After the first T20I was washed out following rains in Dharamshala, the hosts came up strong to conquer the second game of the series. But the Proteas didn’t let their guard down & emerged victorious in the last T20.

The teams are now gearing up for the 3-game Test series, scheduled to begin from October 2. The first game will be played at Dr. Y.S. Rajasekhara Reddy ACA-VDCA Cricket Stadium, Visakhapatnam. South Africa’s last Test against the Men in Blue during their tour to India was awful as India defeated the visitors 3-0, despite the presence of some big names like Hashim Amla, Ab de Villiers, Faf du Plessis. Thus, the upcoming series will be a delight to watch. Let’s talk about the probable laying XI that can be seen doing wonders on the field during the upcoming Test series.

The captain of the team, known for his hard-hitting batting capabilities, he is well-versed with playing in intense situations. With 3608 runs from 98 innings at a strike rate of 46.06, du Plessis has have had a successful Test career.

Temba, the South African player, failed to make a place for himself in the limited-overs game, but he has managed to pull-off a mark in the Test games for the team. A strike rate of 47.93 defined his possibilities of getting into the team for the upcoming Test series.

Regarded as one of the future greats by experts, looking at his compelling career start, de Kock is definitely set to secure himself a spot in the team. His ability behind stump make the opponents go weak at the knees, and his terrific performance with the bat just sets him apart.

The star performer of the recently concluded T20I between India and South Africa, Rabada is all set to make an appearance in the team’s playing XI for the upcoming series. Rabada picked 3 wickets in 4 overs in the last match & is expected to continue the same form.

Rising to fame in the early days of his career itself, Markram has managed to book himself as one of the important South African players, over the years. With the stats of 1358 runs from 31 innings with a strike rate of 64.27, Aiden might be seen in the playing XI.

The 32-year-old batsman knows well how to tackle spin greatly, and his airtight technique at the crease makes him a right pick for tough conditions. Indian pitches being a massive supporter of the pitch, Elgar seems to find a place among the men stepping down in front of India.

This bowling all-rounder knows how to make the most of his skills when the conditions are in his favor. His potential to pick the ball off the seam and provide quite a stability to the lower order as a batsman makes him a fit for the upcoming game.

The young and talented fast bowler from South Africa has been conquering the media world with his spectacular bowling spells. His ability to bowl at a speed of more than 140kmph books can help him move forward as a core member of playing XI for the upcoming face-off.

The 29-year-old orthodox spinner is known for his commitment & passion towards the game. He has picked 94 wickets in 47 innings with an overall economy rate of 3.19 with the red ball, which makes him a possible inclusion in the team.

Having a successful career in the first-class cricket where he achieved the feat of fourth-youngest South Africa batsman to score a double century, he sure has a long way to go when it comes to international cricket.

Pinning down Marl Vermeulen with his very first bowl amid his international debut, Piedt has 24 wickets from 12 innings with an economy rate of 3.46, and thus, can play a crucial role in guiding Proteas to success against the Men in Blue.