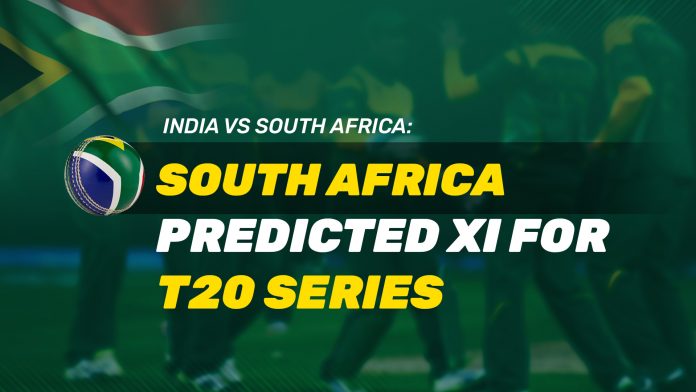 After a World Cup season that ended on a negative note for South Africa, roping in just three runs from 9 matches for them, the team is all set to play their first series. The Proteas will be flying down to India for a series comprising of 3 T20Is and 3 Tests. The series will begin from September 15, with the first T20I being played at the Himachal Pradesh Cricket Association Stadium, Dharamsala.

South Africa will be touring India after a gap of 4 years. In their previous tour to the nation, the Men in Blue failed to establish themselves as competent opponents, losing T20Is and ODIs to the visitors. However, Team India avenged its home-defeat, during the India Tour of South Africa 2018-19, where they registered an amazing victory in the T20Is, and the ODIs, restricting the hosts to winning just two tests, 1 ODI and 1 T20I.

Now, the teams are gearing up for an action-packed encounter where the South African stars will try registering an upper hand on the hosts. We’re here with our predicted XI that South Africa might pick for the T20 series in and against the Blue Army. Read on to know more:

The first on the list is the opening card & wicket-keeper of the South African team, Quinton de Kock. Be it first-class cricket or the international tournaments; the player has always managed to pull-off big scores with his beautiful batting style.

The left-handed batsman seems to be a constant pick for the team for quite a time now. Thus, we expect he’ll definitely bag space in the team’s XI for the upcoming T20. His power-hitting capabilities shall definitely help the visitors in getting hold of the series.

Well, he isn’t one of the most popular or eye-catching players amid a bunch of experts in the South African team. But his solid defense makes him a stand-out amongst the others. Thus, he is expected to go on-board for the upcoming T20 series.

In the times when bowlers are in the limelight with their flashy speed, this fascinating bowler from Johannesburg is doing wonders with his exceptional bounce and super-fast speed. Reckoned as the lead bowler for South Africa he’s surely going to book a place in the XI.

From being interested in hockey & cricket to picking cricket as career, this all-rounder from Durban is recognized as one of the finest all-rounders the current South African team has. Being included in the starting XI, he can play a crucial role in the lower order.

Despite having a potential domestic career, the player couldn’t manage to make a name for himself in the international game. But his ability to tackle spin bowling well and provide stability to the batting order can book a place for him in the team.

Another all-rounder, who doesn’t have much of an experience for the national side, but has swum oceans when it comes to domestic cricket. Majorly preferred as a back-up to Phehlukwayo, he can get a chance to showcase his skills in the upcoming game.

Shamsi, the left-arm chinaman bowler of South Africa is a crucial candidate for the Proteas in the shortest format of the game. The player can give a hard time to even the greatest batsman, and thus can be taken into consideration for the playing XI.

The uncapped player from South Africa who has been named for South Africa’s upcoming tour to India might find himself a place beside the seasonal players in the playing XI. With the career-best figures of 6 off 78, the left-arm orthodox bowler has played significant roles for his teams during domestic career.

The right-handed batsman is majorly known for his short format skills. Knocking off 559 runs in 20 innings at an average of 124.22, the player has played a significant role in the team’s success, thus, has fair chances of being included in the playing XI.

The last on the list comes Junior Dala. The right-arm medium bowler & his deceptive pacing combined with skidding the ball off the wickets is known for making batsmen go weak in their knees. Providing stability to the bowling segment, he can surely find a place for himself in the team.