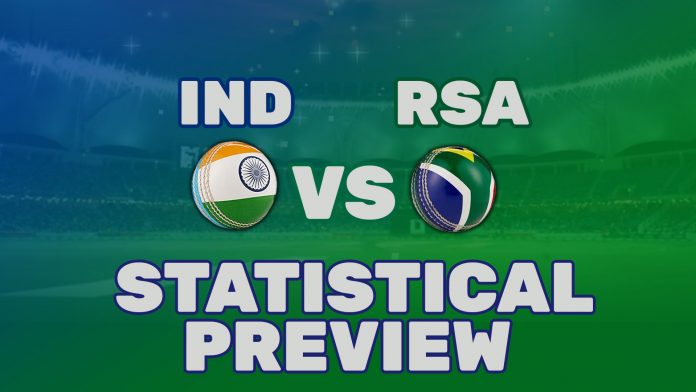 The first of three-match T20 Internationals getting called off – the focus will shift to the second T20 International which is scheduled to be played in Mohali. The two teams, who will want to take this series as an opportunity to prepare for next year's ICC T20 World Cup which is scheduled to be held in Australia. With 40 overs business still to play, MyTeam11 brings to you some interesting statistics:

8 – India and South Africa faced off in 13 T20Is till date with India winning in 8 while the Proteas came out victorious in the remaining five. Only against Australia (8), the South Africans have lost more T20I matches.

11 – Quinton de Kock is set to become the 11th captain of South Africa in the T20I format. The keeper-batsman has led the Proteas in two ODIs during the 2018 series in Sri Lanka; both resulting in defeats for the visitors. He never led any team in his professional career apart from those ODI matches.

13 – MS Dhoni is the only player to feature in all the 13 T20I matches between India and South Africa. This meant the upcoming series will be the first in T20I for India without MS Dhoni in the playing XI against South Africa.

50.71 – As many as 30 players have scored over 600 T20 runs this year but only four average more than 50 including KL Rahul. The Indian top-order batsman has scored 710 runs in only 17 T20 innings this year with help of an unbeaten hundred and seven fifties.

96 – Rohit Sharma will become India’s most capped T20I player if he features in all three matches in this series. He has played 96 T20Is till date; the 4th most by any player in Men’s T20I cricket.

341 – Runs Rohit Sharma has scored in the T20I format against South Africa; the most by any player in IND-SA T20Is. The Indian opener amassed 341 runs from ten innings at an average of 37.88. He scored his maiden T20I ton against the Proteas during the 2015 T20I in Dharamsala, which will host the first T20I on Sunday.