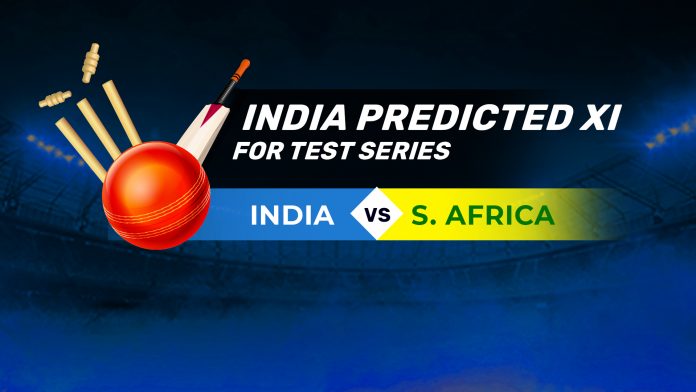 After an action-packed T20 series, now India and South Africa are gearing up for three-match Test series. Four years ago when South African team toured India, they suffered a clean sweep by 3-0. Now, is the time for Faf du Plessis led side to take revenge of that series. The first Test match of the series will be played in Visakhapatnam from October 2 followed by the second one taking place in Pune from October 10. The third and final game will be played in Ranchi from October 19.

In the build-up of India vs. South Africa Test series, MyTeam11 brings to you the predicted XI that the hosts might pick for the Test series against the Proteas. Read on to know more:

The first name on the list is of Indian skipper, Virat Kohli who is at number 2 in Test match rankings. Be it be a white ball or red ball cricket, he is ruling everywhere. Virat's aggression, determination, and hunger for runs have proved to be his biggest strength. He will be aiming to score big in the series and replace Steve Smith to become the number one Test batsman.

Belligerent One-Day International opener, Rohit Sharma will now have an eye to capitalize on the opportunity given to him. In the upcoming Test series, he will open the innings for the team. So, this is most probably the last chance for the batsman to prove himself and get into the eyes of selectors.

The right-handed batsman seems to be a constant pick for the Test team for quite a time now. Thus, he’ll bag space in the team’s playing XI for the upcoming three-match Test series. His abilities to defend and play long innings shall help the hosts in getting hold of the series.

India’s go-to man in tough situations, Ajinkya Rahane always plays a crucial role in the team. Over the years, he has developed a habit to play vital innings in crisis when other batsmen fail to score. His ability to tackle spin and provide stability in the middle order can once again prove beneficial for the team.

In the recently concluded India’s tour of West Indies, Mayank Agarwal failed to convert the starts he got. But, he is new to longest format of the game so, the team management will give another opportunity to show his skills and potential. He will hold the responsibility to open the innings with Rohit Sharma.

Latest Introduction in the Indian Test squad, Hanuma Vihari has grabbed the chances given to him with both hands. Although he doesn’t have much of an experience for the national side still, his recent performance against West Indies has already confirmed his place in the team’s playing XI for the upcoming series.

After MS Dhoni retired from Test cricket, Saha took over his responsibility of standing behind the stumps. But, the emergence of Rishabh Pant under shadowed him. As Pant is failing consistently now, the team management may include him in the team as a wicket-keeper.

R Ashwin started his Test career in 2011, and since then he has played 65 Test matches and scalped 342 wickets with the best figures of 7/59. Batting with tale-handers, he has also scored four centuries in his Test career till now so, his all-round abilities will provide a balance to the team in the three-match series.

Left-handed bowling all-rounder, Ravindra Jadeja can destroy even the best batting line up with his unplayable deliveries. With the career-best figures of 7/48, the left-arm spinner has played significant roles for the team in the past.

Shami, the right-hand medium pacer is a crucial candidate for Men in Blue in the Test format of the game. His capabilities to swing the old ball in both directions has proved to be his biggest strength in the recent past.

31-year-old, Ishant Sharma is the last name on the list. The right-arm medium pacer has proved himself several times in the past whether the aggressive bowling in recent West Indies tour or magical spell (7/74) at Lords in 2015. His deceptive pace combined with the ability to swing the ball can bring the batsman to their knees.