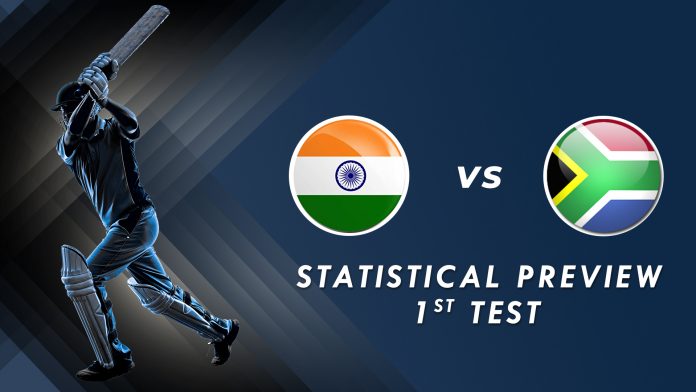 After a span of 4 years, the Proteas are touring India for a 3 T20I and 3 Tests series. The T20I series ended up in a draw due to the first match being washed out without a ball being bowled following heavy rains in Dharamshala. The Test series is all set to begin from 2nd October with the first test being played in Vizag, India.

The visitors had to leave empty-handed from the Test series during their previous visit as India clinched the series 3-0. With the likes of Ab de Villiers, Hashim Amla in the South African team, the defeat came as more embarrassing for the visitors and thus, they will now be eyeing on avenging the previous defeat. Amid this upcoming intrinsic encounter, a lot of records shall be broken, and a lot more shall be created. Here are some of the important stats that might change after forthcoming India vs South Africa Test series.

3 – Amid South Africa’s previous visit to the nation for a 4-match Test series, the Men in Blue defeated visitors 3-0 in the Tests. The hosts will be eyeing to clinch yet another whitewash against the Proteas during the upcoming game.

8 – Ravichandran Ashwin, the Indian bowling all-rounder, known for his fabulous style of picking wickets. The upcoming test series match might see Ashwin registering an amazing record to his name. The player is just 8 wickets away from touching the 350-test-wicket mark. Achieving the feat, he’ll become the fastest player to pull-off 350 wickets, equalizing the record of Muttiah Muralitharan

6 – South African player, Keshav Maharaj who is known for doing wonders on the field with his left-arm orthodox bowling style is just 6 wickets away from achieving a tally of 100-test-wickets. We can expect the player to get the recorded registered under his name in the upcoming series.

2 – Another record that is on the cards is Ravindra Jadeja’s 200-test-wickets. With 9 fifers and 1 10 wicket-haul already scribbled in golden letters under his name, the player is just 2 wickets away from entering the 200-test-wicket pool. You can definitely expect Jadeja to make headlines during the upcoming test for his stupendous accomplishment that will make him the Fastest left-arm spinner to 200 wickets.

92 – Apart from players creating history with their bowling and batting skills, there’s another player that can shine in the tournament. Ishant Sharma, the player with 92 Test caps already under his name, he shall be eyeing to touch the 100 Test cap mark.