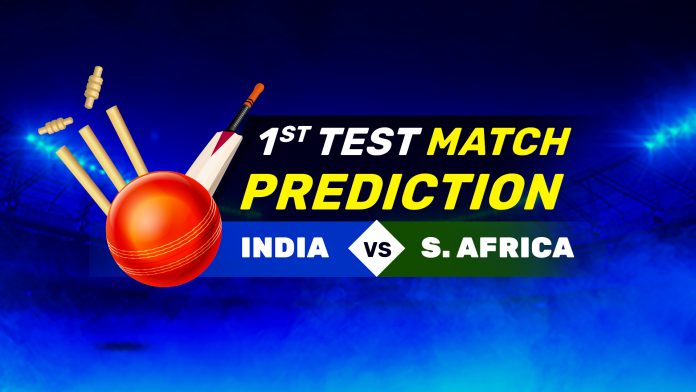 After decimating the Caribbean giants by 2-0 in Test series, Indian team is all set to take on South Africa to kick-off their Test Championship home season. The number one ranked Test side will be aiming to repeat their performance of 2015, where they demolished the proteas by 3-0. On the other hand, South Africa will kick-start their World Test Championship campaign with this Test series.

The first Test match of the series will be played at ACA-VDCA Cricket Stadium, Visakhapatnam on October and the live-action of the series starts at sharp 9:30 AM IST.

The Visakhapatnam track is known to benefit batsmen, where they can play through the line. The pitch will start to deteriorate as the game will reach to the final two days. Besides this, spinners will prove more dangerous than pace bowlers. Both Virat Kohli and Faf du Plessis will opt to bat first after winning the toss.

The weather could play spoilsport in the first Test between India and South Africa starting on Wednesday with possibility of rain in all five days. The temperature will linger around 30 degrees Celsius, and the humidity is expected to be 78%.

ALSO READ: INDIA TO TAKE ON MEXICO, PERU AND BRAZIL IN NATIONS CUP 2019

With this series, Rohit Sharma will begin his stint as an opener in Test cricket. The Mumbaikar who has already established himself as one of the best openers in the white-ball format will be aiming to make a strong statement here. Mayank Agarwal will open the batting with him.

The three pillars of Indian middle order Cheteshwar Pujara, Virat Kohli and Ajinkya Rahane will be once again hold the key position in Indian batting line up. The team management brings Wriddhiman Saha into the playing XI in place of Rishabh Pant who failed to capitalize on the chances given to him.

The bowling department looks balanced despite the absence of Jasprit Bumrah. The likes of Ravindra Jadeja, R Ashwin will be contributing with their spin while Ishant Sharma and Mohammad Shami will hold the responsibility of pace attack.

ALSO READ: 3 REASONS WHY ZIMBABWE DESERVES TO MAKE A COMEBACK

The Proteas will be missing the services of Hashim Amla and Dale Steyn who recently announced their retirement from Test International. But, they have some young faces in their squad who can deliver promising performance in the series.

In the presence of Kagiso Rabada, Vernon Philander, Keshav Maharaj, and Lungi Ngidi, the bowling attack of the team looks imposing. The experience of Faf du Plessis and Quinton de Kock play a huge role for the team in the entire series.

Head to Head in Test Internationals