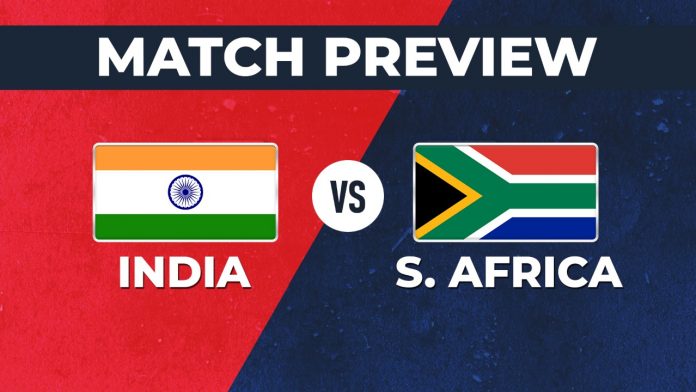 Finally, the wait is over for the much-anticipated series. The two giants of cricket World, India and South Africa are all set to lock horns against each other at Dharamshala to play the first T20I of the three-match series. The live-action of the match will start at 7:00 PM IST.

Both the teams will be looking to start the series with a win. One side, the Indian team will enter the series with full confidence because of their performance against West Indies while South Africa on the other hand, will look to forget their dismal performance in World Cup 2019 and move forward.

Known as one of the beautiful ground of India, Dharamshala pitch is known as the batting paradise. Bowlers will merely get any help from the track so, a run-fest is expected. The dew might play a huge role here in the second half of the match, so the captain that wins the toss is expected to field first. Previous T20 Internationals stats of this venue says:

The reports coming from Dharamshala suggest the chances of persistent showers and thunderstorm on match day, a rain-curtailed game is on the cards. The temperature will hover around 25 degrees Celsius and humidity will be on higher side, approximately 80%.

The Indian team showcased exceptional performance to whitewash West Indies in all three formats of the game. Virat Kohli led side will be aiming to repeat that performance against South Africa.

In the first T20 International, the responsibility to start the proceedings will be once again on the shoulders of Rohit Sharma and Shikhar Dhawan. The skipper, Virat Kohli will come at number three. The likes of KL Rahul, Shreyas Iyer, and wicketkeeper-batsman, Rishabh Pant are likely to feature in the middle-order.

Ravindra Jadeja along with Pandya brothers (Hardik and Krunal) is expected to be three all-rounders that will be seen on the ground while the bowling authority will be on the hands of Deepak Chahar and Navdeep Saini.

This will be South Africa’s first series since that disastrous World Cup 2019. Now, with the introduction of several new faces, the team will be aiming to remodel themselves. As far as team combination of South Africa is concerned, then Quinton de Kock, Rassie van der Dussen and David Miller will the key batsmen for the team.

However, the pace of Junior Dala, Kagiso Rabada and Anrich Nortje can damage the Indian batting line-up at front while Tabraiz Shamsi will provide them with the left-arm wrist spin option.