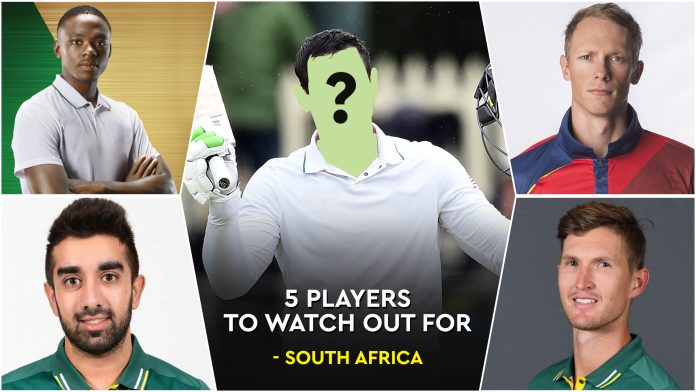 After decimating West Indies in their home conditions, the Indian team will return to play first home series after semi-final exit in ICC World Cup 2019. The men-in-blue will be up against South Africa for a three-match T20 series followed by as many Tests, starting from September 15.

South Africa suffered a horrific defeat in the recently concluded ICC World Cup 2019 and players, from a distance have looked shattered and slumped to a quiet place. The way World Cup panned out for them, was nothing short of a disaster and their mental fatigue cannot be underestimated.

The T20 International will kick start in Dharamshala. Interestingly, the last time two teams met in India for the T20 series, it started at the same venue and South African emerged as victorious. Thus, the India team will look to redefine that period and script the unsaid story.

With this, MyTeam11 brings to you the five South African players to watch out for:

After a memorable stint with Mumbai Indians in the twelfth edition of the Indian Premier League (IPL), Quinton de Kock is all set to return to Indian soil to play a three-match T20 series against India which is scheduled to begin on September 15. de Kock will start the series as one of the most important members with South African board asking the young sensation to lead from the front. Of late, de kock hasn’t been able to shine against the men-in-blue an in these circumstances, this remains to be seen, if he is able to express himself fully.

South African speedster, Kagiso Rabada, who had an excellent Indian Premier League (IPL) season will once again be in the scheme of things and said that his team is looking to utilize their past experiences of playing in sub-continent. In the team’s last India tour, they managed to make India taste defeat in the shortest form of the game and will look to script the written story again. With Rabada’s experience, it will be interesting to see if the team can repeat the heroics.

The wrist-spinner, Tabraiz Shamsi who is known for his wicket celebrations will have all the limelight as South African management have started to look towards him as the first choice spinner after Imran Tahir announced his retirement from international cricket. In these circumstances, it remains pivotal for the spinner to perform well against India and stay in the scheme of things for the upcoming 2020 ICC World Cup.

Dwaine Pretorious got the limelight of the world quite early in his career as the player has been able to impress cricket fraternity with his performances. In his short career, Pretorious has impressed with both bat and ball. In only T20 innings with bat, Dawine has scored 77 runs at an astonishing strike rate of 183.33 which speaks volumes about his character. The 30-year-old has also scalped three wickets in four games.

If at all South African team had anything good in the recently concluded ICC World Cup 2019 – it was Rassie Van der Dussen. He was not only been able to dominate the opposition bowlers but has also been able to stamp his authority. His World Cup stint helped him to become a regular member of the side and this remains to be seen if he is able to make a name for himself for long.