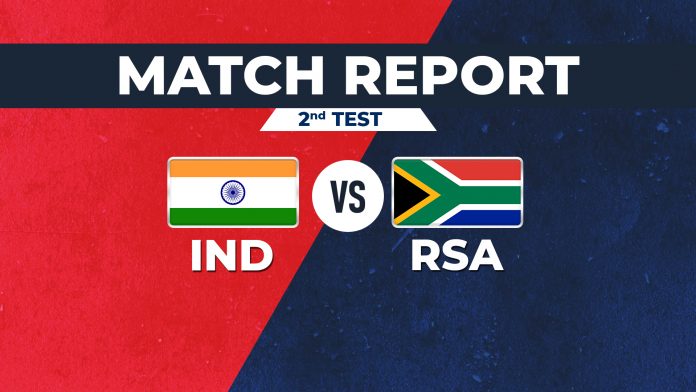 Virat Kohli led side created history after defeating South Africa in the second Test match of the ongoing three-match series by an innings and 137 runs. After shattering the visitors to 189 runs in the second innings, the Indian team recorded their 11th successful Test series win in home conditions, breaking Australia’s streak of 10 wins. Besides this, India also cemented top position in World Test Championship table with 200 points.

Before the start of the match, Indian skipper Virat Kohli won the toss and elected to bat first. Rohit Sharma failed this time, but his opening partner Mayank Agarwal smashed second century of his Test career. Cheteshwar Pujara, Ajinkya Rahane and Ravindra Jadeja looked good for their half-centuries. But, Virat was the hero of Indian innings, he showcased a masterclass performance after scoring unbeaten 254 runs before India declared the innings at 601/5. This was his seventh double century in Test international. In the process, Kohli also completed his 7000 Test runs.

In response to India’s mammoth total, the Proteas were reduced to 162/8 in their first innings before Keshav Maharaj, and Vernon Philander stitched 99 runs between them to give some fight. In the end, South African team was bundled to 275. R. Ashwin picked up four wickets while Umesh Yadav and Mohammad Shami’s pace has done the rest damage. Yadav picked up three wickets, and Shami took two wickets.

After this dismissal performance, the host enforced follow-on and asked the visitors to bat again. But, once again the Proteas failed to deliver their best as the team only managed to score 189 runs in their second innings. For India, Umesh Yadav and Ravindra Jadeja picked up three wickets each while Ashwin took two wickets.